Staged rollout and yet bugs exist. Atleast unlock that God dammed bootloader so that we can setup custom ROM. If HMD can't fix the bugs, let others do it!!

This is probably the first time ever that I am in no hurry to update my device, I've been reading nothing but issues with the Android 10 update for Nokia 8 Sirocco!

They could and should at least release the security updates! Mine are from March!

Re: NOKIA 5.1 Plus Android 10 Experience

Android 10 is super smooth for me except slow charging. battery life increased significantly and better RAM mgmt super cool dark mode and many more yet to be explored.

The update is official and it's in a staged rollout. It's reported on the official release page

I'm sure they enforced rules for staged rollout so we need to wait a few more days to have it distributed more widely.

Re: NokiaMOb or Den of Scamsung Fan boy

Starting off, NokiaMob is a website which allows open discussions and users can have an opinion on either side. Unless it goes abusive, I believe it is fair of them to let users discuss & express their opinion; and not dictate upon them. So, the title is entirely wrong. Because else you can also state "Twitter or Den of Nokia Fan boy". I haven't seen them delete any non-offensive comments from their platform, unless you go into an argument (or use swear words, which is very likely given that you have also used it here) which has no substance or runs away from facts.

Now coming to Android One, what you mention are bare minimal and essentials that an OEM has to cater to at least make their phones look like their own. Is there any OEM in this globe which does not use its boot animation? The overall experience is similar to PC OEMs offloading some of their core apps "HP Support Assistant, "Backup manager", "Driver Updater" etc. The differentiating factor is about what real additions do you do to Android. Since unlike Windows, Android isn't a closed source OS and since other OEMs are able to deliver a more fulfilling experience, HMD too needs to walk away from it and build an experience - an experience that makes Nokia phones special and differentiated.

And you know that's where the problems arise with Android One? here's an example:

Customer: My phone no longer has face unlock option after Android 10.

Nokia Support: Hi, our phones run on pure Android OS. So, features are decided by Google. The smartlock face unlock was removed by Google from Android 10. That's why it is no longer available.

And you can literally push in any request for a missing or wanted feature and Nokia Support will give that same response.

It is Nokia which sold the phone to the consumer, not Google. The consumer will look out for support from Nokia, not Google. So, hmd, making an excuse of Google is just running from its responsibility of keeping them (the consumers) happy and fulfilling their needs/expectations.

Android One follows a very rigid set of control by Google wherein the priority is only given to Google's apps and services. I'll add another example of the Google search bar which you can't get rid of. And if you'll look across the range, all Android One phones are alike. If modifications were allowed, the some OEMs must have already been doing it. I'd agree that nobody knows the true license terms of Android One that an OEM signs upon, but it is very evident that Google restricts a lot of things under this program. And it is equally likely that Google returns money to the OEMs for pushing its apps and services.

Android One ≠ AOSP: Nobody said Android One is AOSP. Because AOSP is itself better and different. It doesn't come infused with Google's products and services, instead relies on the AOSP apps (Contacts, Messages, Phone, Music, Video; just to name a few). Neither does it come with enforced Google assistant or dedicated keys to invoke the assistant which already has countless other ways to invoke be it from lock-screen or any other screen.

Twitter polls: As about the Twitter poll, it comes from Nokia fans who will comply with where the company takes the general direction. Had you started a poll years ago about if Windows Phone is better or if Android is better, Windows Phone would have won with the same/similar marks. Plus, you can't deny a possibility of somebody hiring bot accounts to push that poll towards Android One just to prove that their point of going Android One is what consumers want. You see, this is a digital world and anything is possible. And you also know that somebody from HMD has previously responded to a tweet of theirs. So, it isn't even a complex thing to drop in a bucket of fake votes there.

It was a similar scene when OnePlus's CEO conducted a poll about whether stock Android is better or the closely resembling Oxygen OS. And Oxygen wasn't able to win the majority share, even though stood strong. What do you see today? OnePlus is highly successful and reviewers as well as consumers consider Oxyegn OS as one of the key reason for preferring a OnePlus device. That experience, in fact, allows OnePlus to charge a good premium for their devices. I won't say if OneUI is better than Oxygen, but it is certainly better than barebones Android, which stays years behind features availability.

Also, if Android One was so much loved by consumers, then Nokia should be hitting the top of the sales charts. Nokia is the only company which dedicates entire portfolio to Android One devices. There's none like them. So, they should have been the preferred choice of the consumers especially since there's no competition to Nokia's Android One devices. However, the reality is that their phones are barely selling today!

There's always a thing about essential apps and services which keep the user into an OEMs ecosystem. In fact, I do not even consider Samsung's OneUI as a bloated or slow UI. Maybe TouchWiz was one a long time ago, but OneUI has been trimmed down and cleaned up for a cleaner and easier navigation and device usage. Open source software has always been about adapting it to the different environments. That is why we have so many Linux distros to choose from. Will we start calling all of them a bloat? Certainly not. It is just a different take, a different experience, a different UI. Even if the speed may suffer a bit, at least the mid range has a decent set of hardware to run it smoothly for a great and exclusive experience.

Meanwhile, I think we too need to discuss with mods on whether this type of post should be allowed here on the community. You could have, very easily kept it to the topic. But since you have made personal statements and have also accused a fan website, I think we'll have to delete or lock this thread. We can always discuss with facts rather than shooting arrows in the sky or naming and shaming others.

I went through your list of suggestions recommended in the other thread. And I somehow wonder how do you even have differences with DBS on the matter. After adding all of them, it is not stock Android and DBS would agree on your suggestions. What really happened? Your suggestions cannot be implemented to an Android One device if that's what you want to hear.

I don't want to manually download and install as others have suggested. I can wait for a week or two. But would be good to know whether in India they are releasing the OTA update yet or not.

Re: NokiaMOb or Den of Scamsung Fan boy

I would just say that Android One is a balloon filled with air and nothing else. It's just the hype.

I stand with DBS. He is correct but he is also angry with decisions HMD takes and being a Nokia fan he gets vocal. Nothing wrong in it. Nokia Mobile definitely needs custom ROM to be successful. Now, custom ROM doesn't mean having a super heavy UI full of bloatware. They can design their own custom ROM that's light and has many features. Nokia was about being able to customize our phones and we miss that. If there are people who love Android One then there are even more who love custom UI. If people loved Android One so much then MiA3 should have been Xiaomi's top selling handset which isn't the case. Their redmi notes are the best selling mid range devices. Oppo, Vivo, Realme, Mi and every other company has their own custom UI and that's what people like about those phones. Yeah, most chinese UI's look an iOS copy but the end consumer likes it and buys their phones.

You really think that poll with just 605 votes all coming from Nokia fans represent the actual market? These polls are not a way to decide what should be used and what not. No, one is asking HMD to stop making Android One phones. They can make 2-3 devices per year but why just stick to one buggy horrible mess of an OS. Also, almost 30% users voted for a custom UI which shouldn't be ignored too.

Just go to different phone sections in the community and see how many users are complaining about bugs they are facing after updating to Android 10. The bugs haven't been fixed for over six months for many devices. This is Android One. More devices, more updates. There is just quantity. Where is the quality here?

I strongly disagree with making fun of someone this way. He has all the rights to express his opinions. Nothing wrong in it. He isn't biased at least. Straightaway says what he feels.

Same here, updated to 00WW_2_270_SP01 and still no bluetooth phone commection in BMW i3 is running. No anwers from support on my service request. I will send back my 7.2 now and buy a new phone from another manufactorer. Sorry Nokia/HMD, bad job! Customer lost!

Have you contacted support? Creating yet another forum thread for the same problem won't change much. 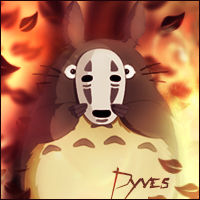 Make that call recording sound slient," your call now been recorded" so that person on another side doesn't even know that that call is being recorded.