This isn't about phones, but a desire to see Nokia return to the world of tablet devices. 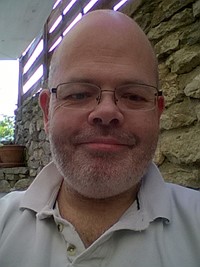 irish guy
/  November 2018
This isn't about phones, but a desire to see Nokia return to the world of tablet devices.

I've been using Nokia phones and devices since 1996 when I bought my first Nokia, a 1610. I've had many, many Nokia devices over the years, including an N97 Mini, and my last one, a Lumia 1320. I'm currently the proud and very happy owner of a Nokia 6, one of the first in Europe. At least I think it was! My next phone will be another Nokia, once this one reaches end of life. But, I would really love to see Nokia producing tablets. I understand the need for R&D, but I'd definitely buy one, provided it's as competitively priced as my Nokia 6 was. So, what do you think?

And yes, I know some will say the bugs need to be addressed before anything else is brought to market. But, here's the thing. My phone had issues with random restarts. I got advice from Support and ever since the upgrade to Oreo, I haven't had any trouble at all. Not even with apps hanging. So, I'd suggest the issues aren't actually device related, it's more likely  be software.

Andrew
A Loyal, Long-Term fan of Nokia
And happy to become a Brand Ambassador