Hello Guys, I know this post is going to be huge. But please to take some time to read this especially for those who are looking to sign up for beta labs. 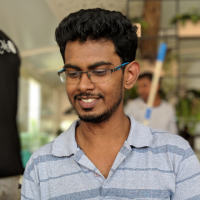 I know this post is going to be huge. But please to take some time to read this especially for those who are looking to sign up for beta labs.
And @matteo.m I hope this post is fine to be here.

Let's first of all understand what a beta software is. Every development process has a life cycle (called SDLC in software development). All of the life cycle starts with analyzing the new requirements (talking about our android releases) from the user or set by the company. They then make sure the software is compatible with the device hardware. Since Nokia pushes very much of clean android there is no much of development involved except for firmware updates or MR or SP updates coming with it. Next is the testing part. These different parts are bind together and go in for closed tests inside their facility (Alpha test) and if they seem to be stable enough they next go for a wider initial public release (Beta test) where the new version undergoes real world test. Although every functionality factors including most of the logical bugs are solved in Alpha tests certain known issues always come in with beta versions and these bugs fall under the category non-functionality issues and are treated as illogical bugs. Now in beta version the testers, developers and the user involves in using the software and reports are made by user to the team. Certain features which were functional in beta version might not be available in stable version. Now if the software now works well it is pushed as the final release and a team maintains the release and further checks for issues pertaining to stable working of the device. If any other issues are found now they push the Maintenance Releases (tagged as MR updates)

Now you understand the process and how it all evolves. The whole process is not simple as you think. Moreover the beta version is not for regular users. But still if you want to try out you are welcome to be a part. But then don't just complain back. Beta builds are meant to be buggy XD!
Tagged:
2