Since few days my carrier (TIM in Italy) has enabled the Nokia 8 to call on the LTE network (VoLTE). 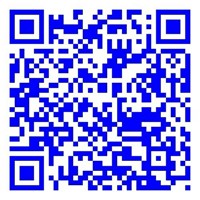 Since few days my carrier (TIM in Italy) has enabled the Nokia 8 to call on the LTE network (VoLTE). In fact, now it appears in the list of devices supported by this technology on its network.

On my SIM I had already enabled the option to enable VoLTE, "TIM Voce 4G" (aka "TIM Voice 4G"), but even now that the Nokia 8 has been enabled, I don't see the "Enhanced 4G LTE" item in the network settings.

I also tried to install the Android 8.1 beta, but the situation doesn't change.

Within the menu *#*#4636#*#*, the "VoLTE Provisioning" is activated and the status of the IMS service (in the same menu) make available the calls via LTE.

TIM has reset the network, but there have been no results.

is there any way to force the display of that setting, even via ADB and thus be able to take advantage of calls in HD?

Otherwise what can I do?

I have a Nokia 8 TA-1004 EU6 purchased on Amazon Italia, so "no-brand". I tried the sim in both slots, but the situation does not change and this is a 4G SIM.