Dear HMD Global / Nokia: You're device lineup from last year has been a success, and received fair reviews from various tech reviewers. 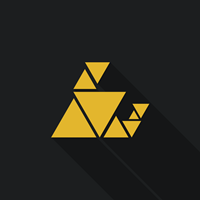 You're device lineup from last year has been a success, and received fair reviews from various tech reviewers. With the release of the new lineup of devices that will be released this year, we think that now is the time for you to unlock the bootloader for the previous generations of device, and give some love for the developers out there. By unlocking the bootloader and releasing the kernel sources for a device, one could customize and gain total control over the OS he or she purchased during the first place. We paid for our device, and we shall be getting the most out of it since we purchased the unit, knowing that Android is OPEN SOURCE, and can be modified and/or customized.

We are aware of the risks of unlocking the bootloader, and even acquiring elevated commands from the OS. We are also aware that unlocking our bootloader would put our devices at risk. We purchased the device, knowing that we must get the most out of it.

One user from Twitter, claiming to be a Chief Technology Officer at HMD Global (@MikkoLJaakkola) stated that "Unlocking bootloader is indeed in our backlog #firstthingsfirst." It's been almost six (6) months from the time of this post, yet nothing has been done yet.

HMD Global / Nokia, I think that now is the time for your company to give love to the passionate developers out there, and to give your customers what they truly deserve: The freedom to have total control over their device, and get the most out of it.