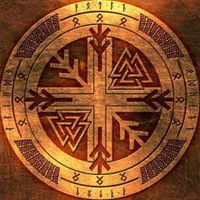 We, Nokia 8110 4G users, have different backgrounds. Some of us are newcomers, some of us are hardcore Nokia users ever since the first 8110 came out in 1996, some of us are just alternative mobile platform enthusiasts. We all united in the appreciation and even admiration of your attempt of bringing some fresh ideas to the immortal classics of feature phones. And we're really grateful for it.

However, this admiration quickly changed into displeasure for most of us when we saw the actual phone and took it into our hands in the summer 2018. Instead of a real keypad smartphone revival, we saw no file manager, no text reader, no open source for KaiOS (despite it's based on open-source Firefox OS), almost no apps in the store and - most importantly - no ability to even sideload them. For most of us, the things we saw were insulting: what kind of smartphone is that? But KaiOS developers didn't seem to care. It's a really shameful state for an operating system with such a huge potential and truly open nature.

This is why we started our quest to liberate this system ourselves. And one of us finally managed to do this - in a very cumbersome way, with a very dirty hack, but this hack hit the news. Afterwards, we got the ability to read the system partition and find out a more gentle way to sideload the apps. And you know what the main consequence of this process is? There's not only a file manager and text reader, but over 160 working unofficial ports of different applications right now outside your official KaiOS Store! This is how you attract the developers for an emerging platform, not with your "developer agreement" where you don't even allow us to develop VoIP apps! How are you even thinking to compete with Android or other smartphone platforms with such a restriction?

We came in peace, and our only mission was to make 8110 better. But instead of your understanding and cooperation, we only faced blatant resistance. You ignored community requests, you ignored developers' offers, and you changed the update keys to render our patches non-functional. You even spread some misinformation about the device itself (e.g. that maximum capacity of microSD card supported by 8110 4G is 32 GB, while in reality FAT32-formatted 64GB cards work just perfect). You must understand that you're resisting the unstoppable and postponing the inevitable.

Someone had written on the official Nokia forum that he was already using WhatsApp on his 8110. This is not a speculation, this is the truth. A globally ready version of WhatsApp is already available for our unofficial installation method. We, enthusiasts from different parts of the world, did this work for you. And you don't even bother to release WhatsApp officially while it already has been available for JioPhone, another KaiOS-based phone, for about half a year. This is our latest statement that we can still change things.

Moreover, we are observing the same situation of totally poor support for other, more simple, Series 30+ based Nokia feature phones. Users still have no official way to import those famous 2000 contacts into the Nokia 105, 106, 130 etc. Nokia PC Suite is gone and they got no replacement for it. So they again have to use our unofficial tools, NokiaTool and TekBuster, to do this. You tell them that the microUSB port in the 105 and 106 is for charging only? We, with TekBuster in our hands, can prove the opposite.

1. We need to have an official way of a boxless (using just a PC and a microUSB cable) firmware reflashing for Nokia 8110 4G and for Series 30+ based phones. This should be available not only for Windows, but for Linux and macOS as well. Also, firmware images of each version should be available via the official Nokia website.
2. For 8110 4G, we need to have an ability to unlock the bootloader to replace the recovery image and/or install custom firmware. Any user doing this gives the consent on voiding the warranty but he/she should be able to do this. Also, we need fastboot mode back on 8110 4G.
3. For 8110 4G, we need to have an officially supported way to sideload apps, just like .apk files for Android or like the OWA packaged app installation links (Firefox OS did have such an ability).
4. For 8110 4G, we want the Developer Menu and the ability to perform privileged mode reset from within it to be enabled by default. Also, within this mode, adb root console should be enabled, like it was in Firefox OS.
5. We need to have an official and cross-platform (Windows/Linux/macOS) PC Suite-like utility to manage contacts, messages and files (whenever file management is possible) for 8110 4G and especially for Series 30+ based phones.
6. For 8110 4G, we need you to lift the VoIP app limitation, at least for the countries where VoIP over cellular networks is not prohibited, and start bringing WhatsApp, Viber, Telegram, Facebook Messenger, LINE, Signal and other IM applications with fully functional voice calling functionality to the official store.
7. For all feature phones, we need an official ability to remove paid pre-installed games. For 8110 4G, we also need an official ability to remove Google-related apps.
8. We want you to open the source of used Linux kernel and KaiOS parts taken directly from Mozilla's Firefox OS code base to stop violating GPL and other open-source licenses. Moreover, there should be a repository where any developer can contribute to improvements of built-in KaiOS components usability and UI localizations.

We have all hope that you'll listen to our pleas as these changes would allow us to improve the device and its ecosystem much better, faster and stronger.