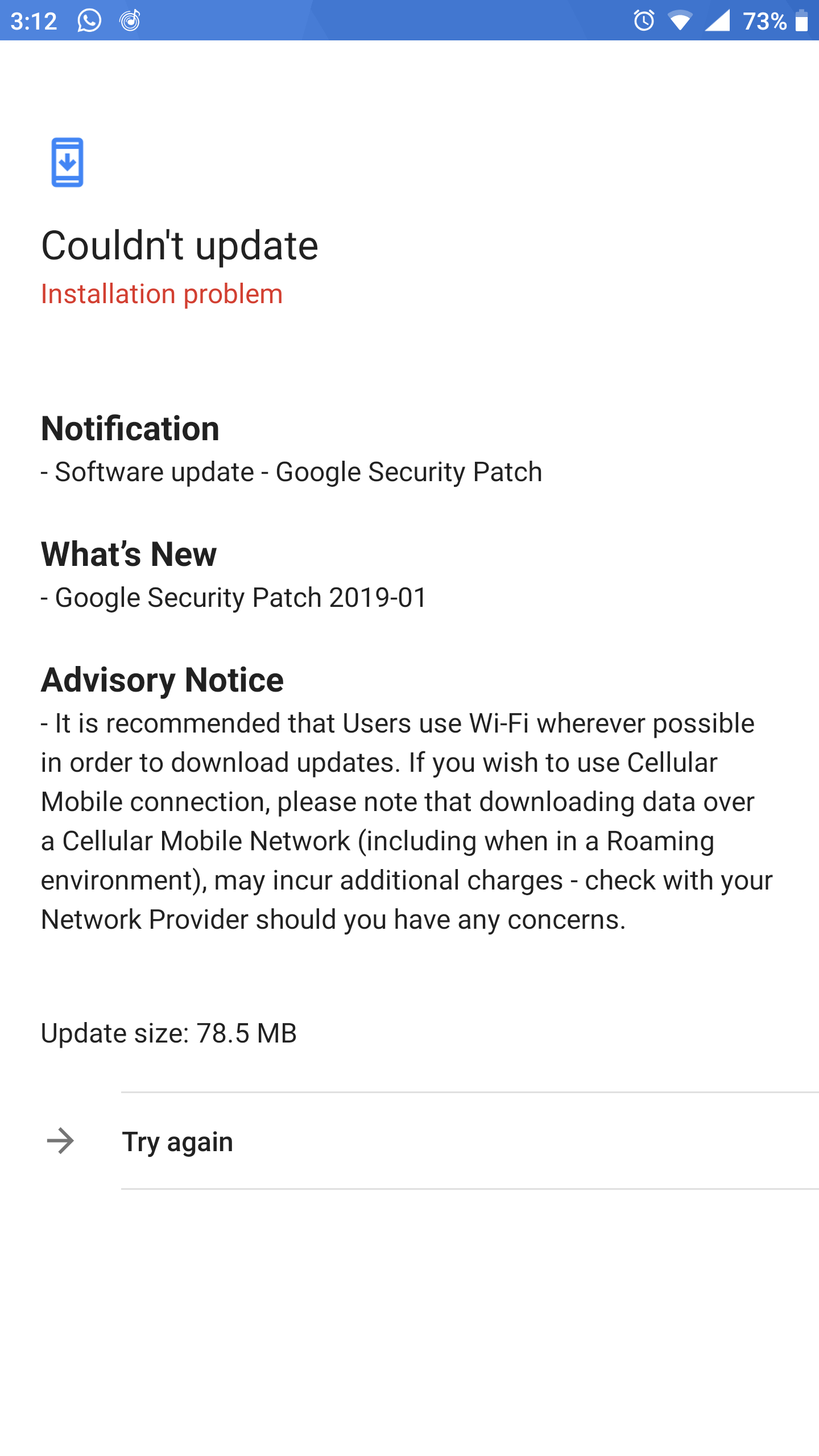 I have installed android Pie Update to my nokia 8 Manually using Dailler Method.
Now I am Not able to install january security update, it shows Installation error.
Please tell me what I can do now.