Anyone else had problems with data roaming within the EU, with their Nokia 5? 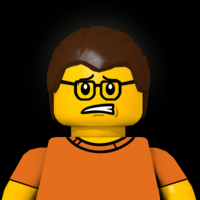 Anyone else had problems with data roaming within the EU, with their Nokia 5?

My data connection works fine in Ireland, where I live. But whenever I take it to another EU country, most apps act like they're offline when I try to use them. Chrome gives me ERR_CONNECTION_RESET whenever I try to load a webpage. Maps can't load any tiles. Talon doesn't load any new tweets.

At exactly the same time, other apps, like Facebook Messenger, work okay, although messages take a couple of minutes to show up as "delivered". During a recent trip to Spain, I could see that in fact several MB of data was used in the background by all the usual applications, yet they never work when I need them to.

Roaming is enabled, data saver is off, I have a good signal, and plenty of data credit. When I tried my SIM in a different phone on a different network, everything worked fine.

I spoke to my mobile operator and they just said there must be something wrong with my phone, and I should let them swap it for a new one. I hate that idea, mainly because copying absolutely everything from one Android phone to another is a pain in the rear and usually takes me a day or two (especially sorting out my PocketCasts played/unplayed episodes, as the sync function never does that properly). It's certainly not a task I'd entrust to the guy or girl in any phone shop.

Anyone know anything else to check/try?