Hello Nokia Fans,  I am Sanjoy Dass. I am HMD Global's Director for Product and Strategy (India). 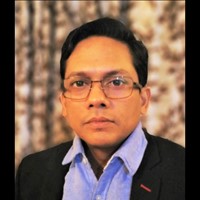 I am Sanjoy Dass. I am HMD Global's Director for Product and Strategy (India). I have been part of the Nokia phones story for the past 14 years from Symbian to Windows to now Android, and it has been a thrilling, humbling, memorable journey!

Enough about me! I am here to answer any questions you may have about our products, our updates, the Android One program, and the future of Nokia phones. I have been browsing this forum for the past few weeks and I must say I am impressed by your knowledge, passion, and love for Nokia phones.

That said, I have noticed a fair number of questions that you, Fans, have about our phones. Please feel free to ask your questions in the comment section below, and I promise to answer every one of them.

And going forward, I want to host more such sessions.

Looking forward to your questions! Please ask away in the comments below...
Tagged:
15

Prev123Next
This discussion has been closed.