After being the fastest to upgrade Nokia phones from N to O and O to P, we are very excited to share our Android 10 roadmap for Nokia phones with you. The roll out starts in Q4, 2019! 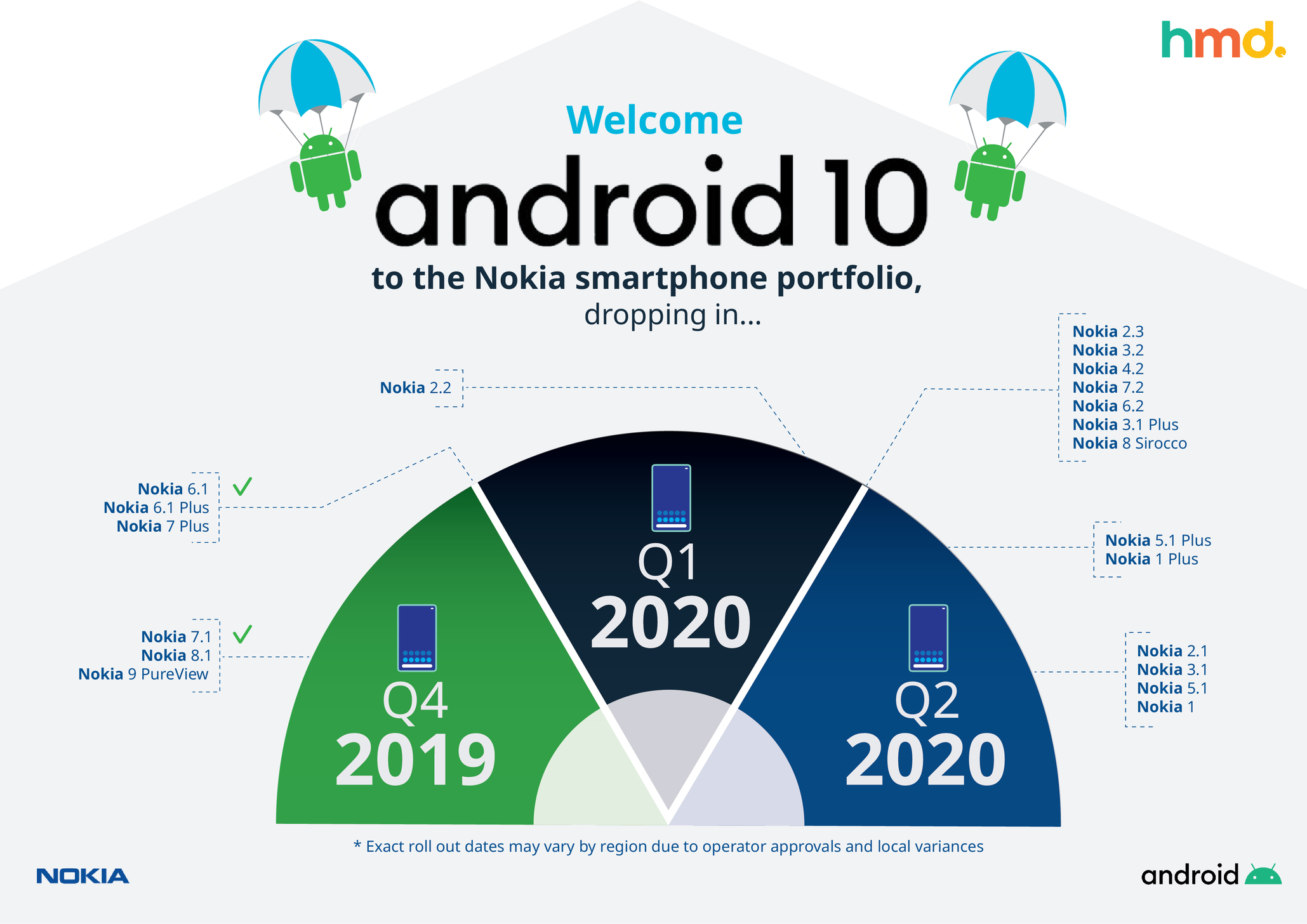 Stay tuned and get ready to welcome Android 10