Listening to the name NOKIA, the things that come in mind are Trust, Reliability, Ease of Use, Build Quality and all that good things. 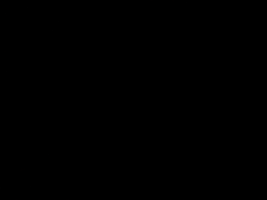 Viccky
✭✭✭  /  September 2019 edited September 2019
Listening to the name NOKIA, the things that come in mind are Trust, Reliability, Ease of Use, Build Quality and all that good things.
Well, Change is a law of Nature and same law has been applied on brand NOKIA by infamous HMD GLOBAL, Home of Pure, Secure and Up to Date android.
Prior to 2014, brand NOKIA was true to their philosophy bcoz it was in hands of Nokia corp. but after 2014 the brand started wandering here and there, for few months it was in the hands of MS then a young noob,lazy,lewd HMD appeared and took the charge of brand NOKIA in 2016.
Since 2016, brand NOKIA has been going through bad phases more than ever. All the reliability, trustworthiness, ease of use have gone in one snap (yes just like Thanos' snap ;-)
First HMD phone I bought was Nokia 5, on the 7th day of its youth it started having touch problem (Ghost touch and unresponsive touch) I visited care centre they put my phone with them for 1 day then probably flashed or reset that  and gave me back. For 2 days it worked okay but again the same problem occured and somehow I beared with that.
I bought Nokia 106 six months back and the Power key, down navigation key have bacome unresposive; I need to press them very hard and from down corner to make them work. I never expected such problem in a Nokia feature phone.😣

Next I see the problem of 6.1 plus users, they are continuosly complaining about bad USB port which is apparently a manufacturing defect.
*There are many more phones to count but I won't.

This all sums up that HMD's quality control is very pathetic. It is pathetic that  phones under Nokia brand are facing such issues. Earlier Nokia phones never had these kind of silly issues. 🙁

P.S.- Earlier being a Nokia user was easy & peaceful job and users rarely needed to know the address of Care centre but now users need to know care centre address before buying a Nokia phone.

Adding a youtube link here, do watch it.
I wonder if HMD performs such tests on their  phones-