Please be aware I am not the most technically gifted person so I might have got this completely wrong!

I have recently had an issue when I downgraded Google Messages app from beta back to stable version whereby it now says it's incompatible with my phone. I have created a topic on the Nokia 1 so won't bore you with the details.

Suffice to say, I went into system/app folder using a file explorer to find out what the factory version of Google Messages is. When I checked the manifest, I saw that the Android build version says Q instead of 9 which makes sense to me why the Play Store cannot update my app due to the OS being different to the app build.

I decided to check on all Google apps. To my alarm, I discovered that the vast majority of Google apps now say Android build is Q.

I had the September 5th security update only a few days ago. My concern is this update has somehow changed the build version for some Google apps to Q which if I'm right will mean if I uninstalled any update on Google apps that say Android build is Q, they too will be become incompatible.

I enclose sample screenshots to show what J mean. Would appreciate any technical advice to confirm/deny my theory! 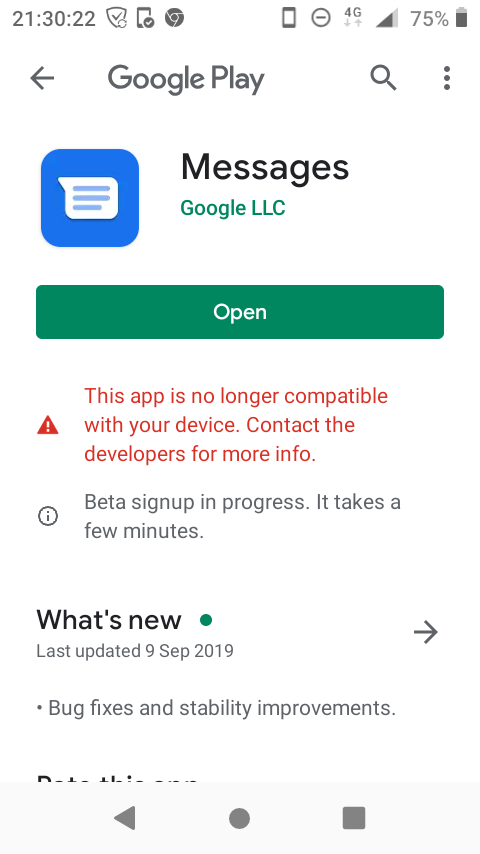 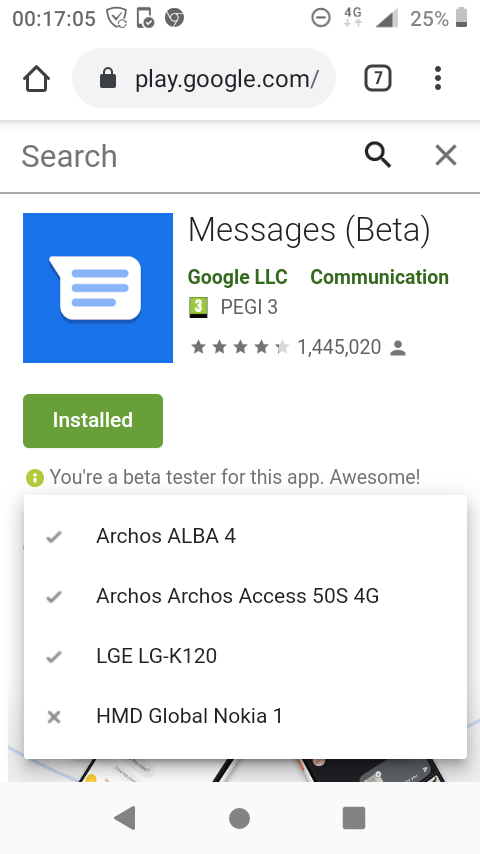 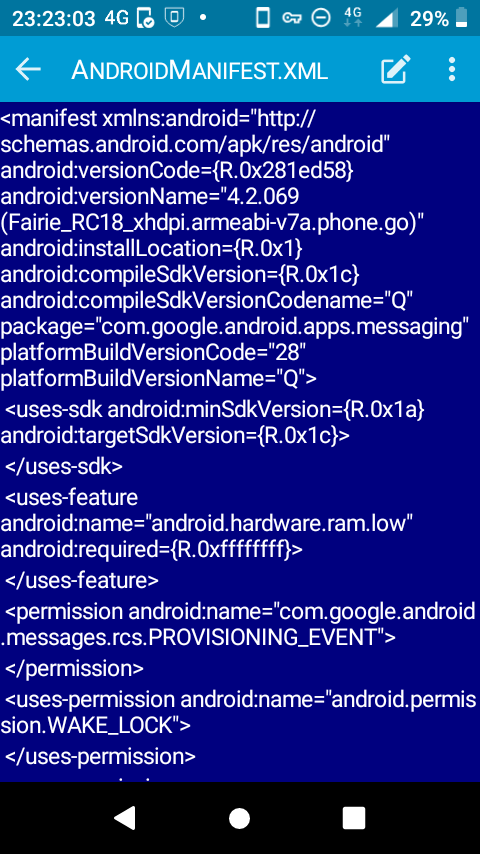 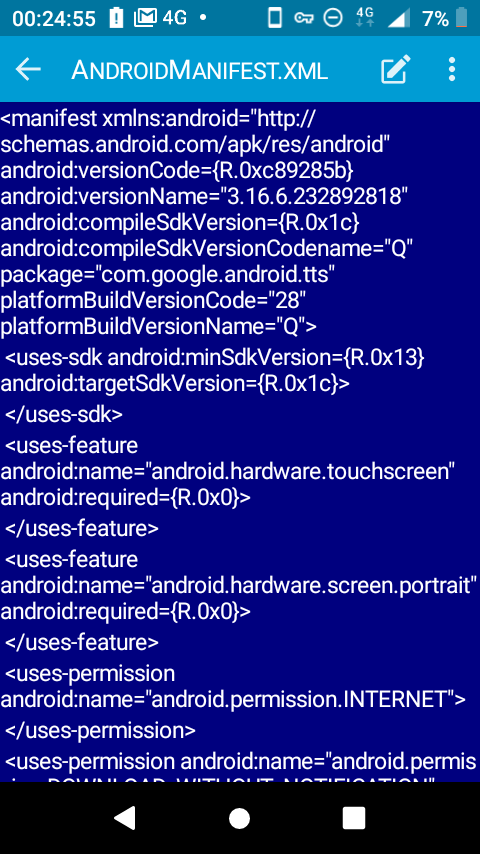 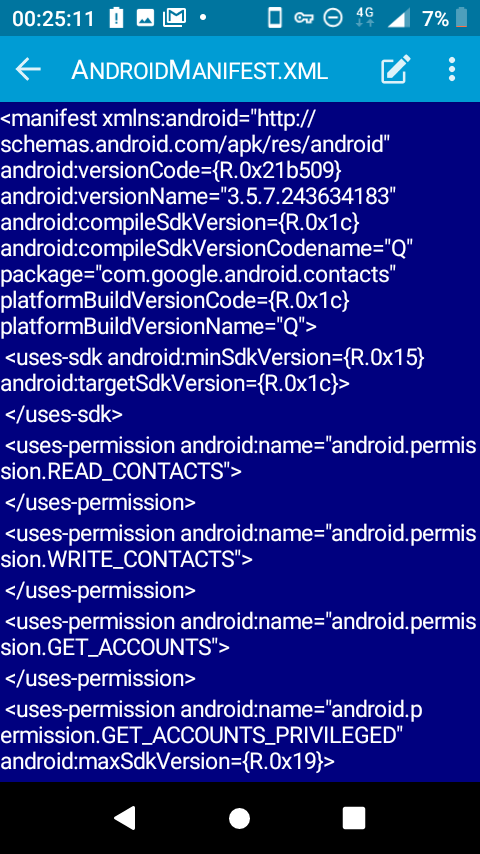 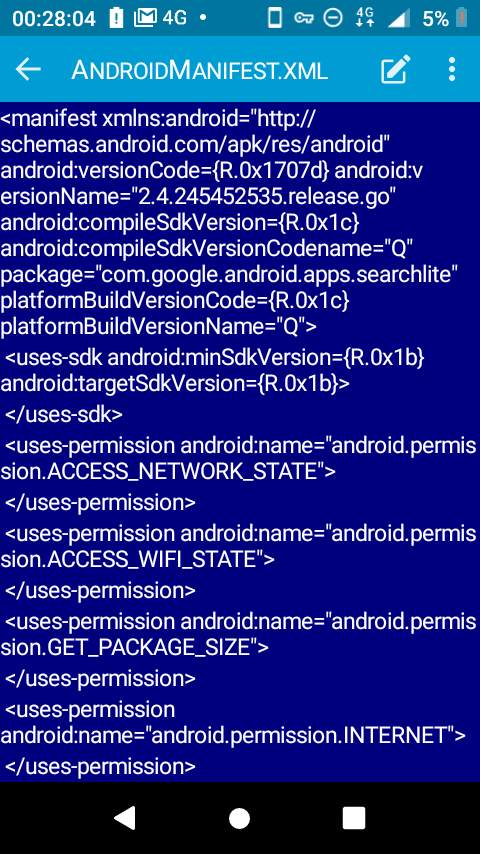