Nokia 7.2 vs Samsung Galaxy A50: Camera comparison in indoor lighting

Hi dear community! I recently got the Nokia 7.2 and I also have access to the similarly priced Samsung Galaxy A50.

Nokia 7.2 vs Samsung Galaxy A50: Camera comparison in indoor lighting

singhnsk
Super User  /  October 2019 edited October 2019
Hi dear community! I recently got the Nokia 7.2 and I also have access to the similarly priced Samsung Galaxy A50. So, here's a comparison of photos taken by both phones in indoors.
The scene: The light came from a single source located around the middle of the room. All shots were taken in auto mode. You can click on any of the images for a full-view.
Shot 1: Camera 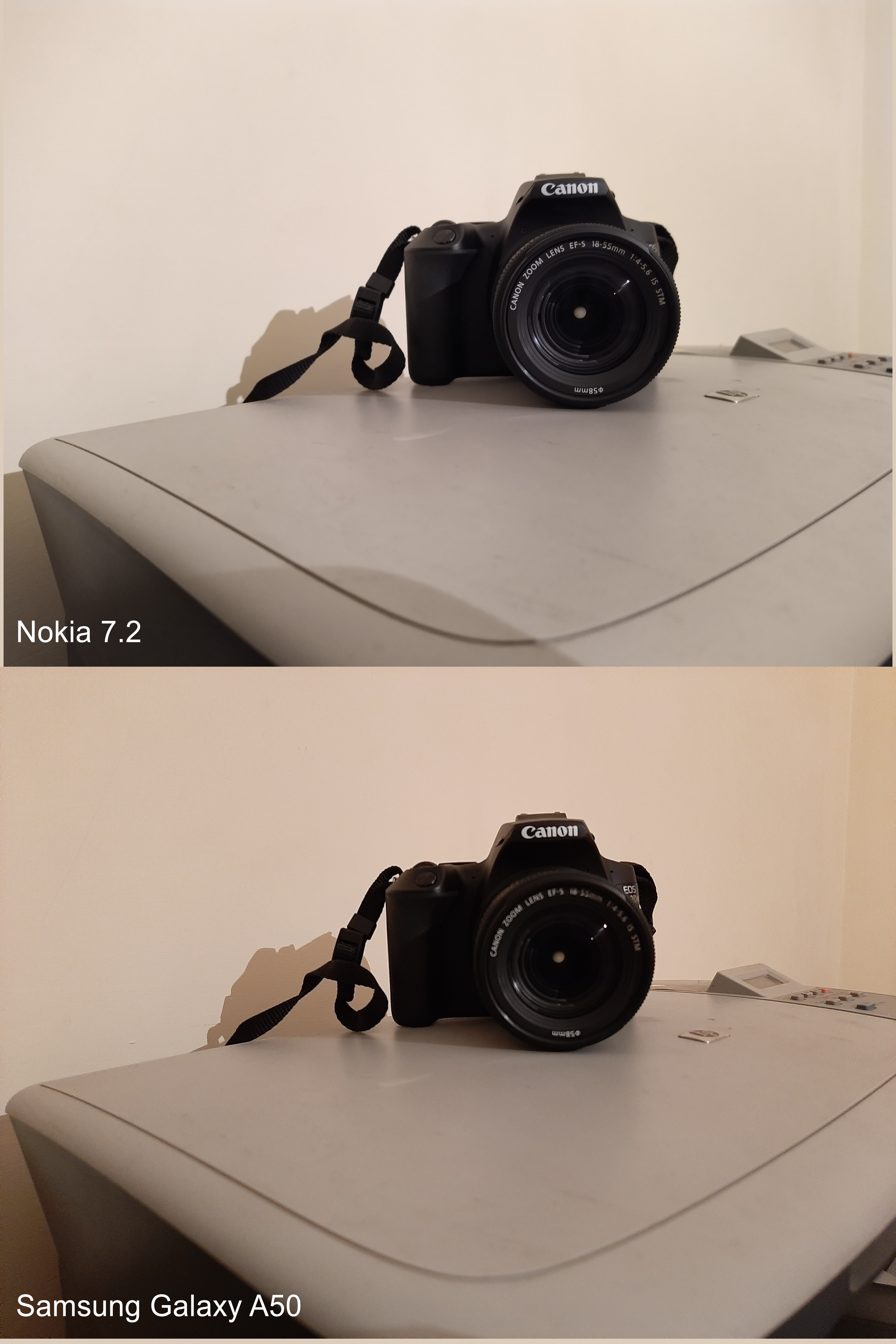 Nokia 7.2 took a better image here as compared to the Samsung A50. Samsung's device tends to make the theme a bit extra warm. Also, if you zoom in, the text details of the lens are crisp on the Nokia 7.2 whereas the Samsung just blurred it out.
Photo 2: Speaking Alexa 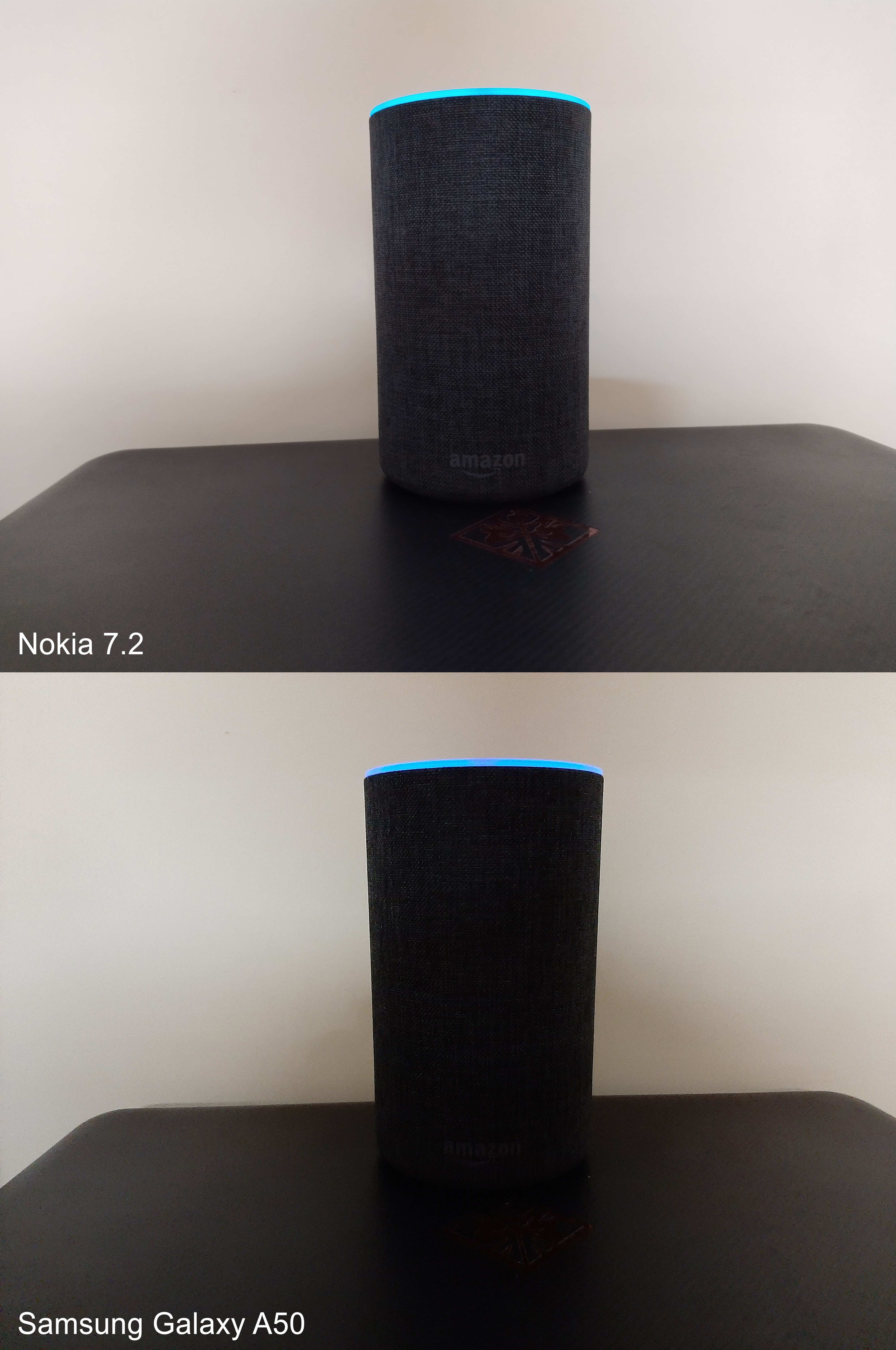 I like the extra amount of light taken in by the Nokia as compared to the Samsung which left the image a bit darker. Look at the bottom part, the Amazon branding is pretty much invisible on the Samsung A50, but Nokia 7.2 kept it as much it was visible to my eyes. The texture of the material wrapped around the speaker is also clearly visible on the Nokia 7.2.
The fun part: I asked Alexa what her name was and the reply went like: Hi, I am Alexa, naam toh suna hi hoga!. (translation: You must have had heard my name).
Photo 3: The Microphone 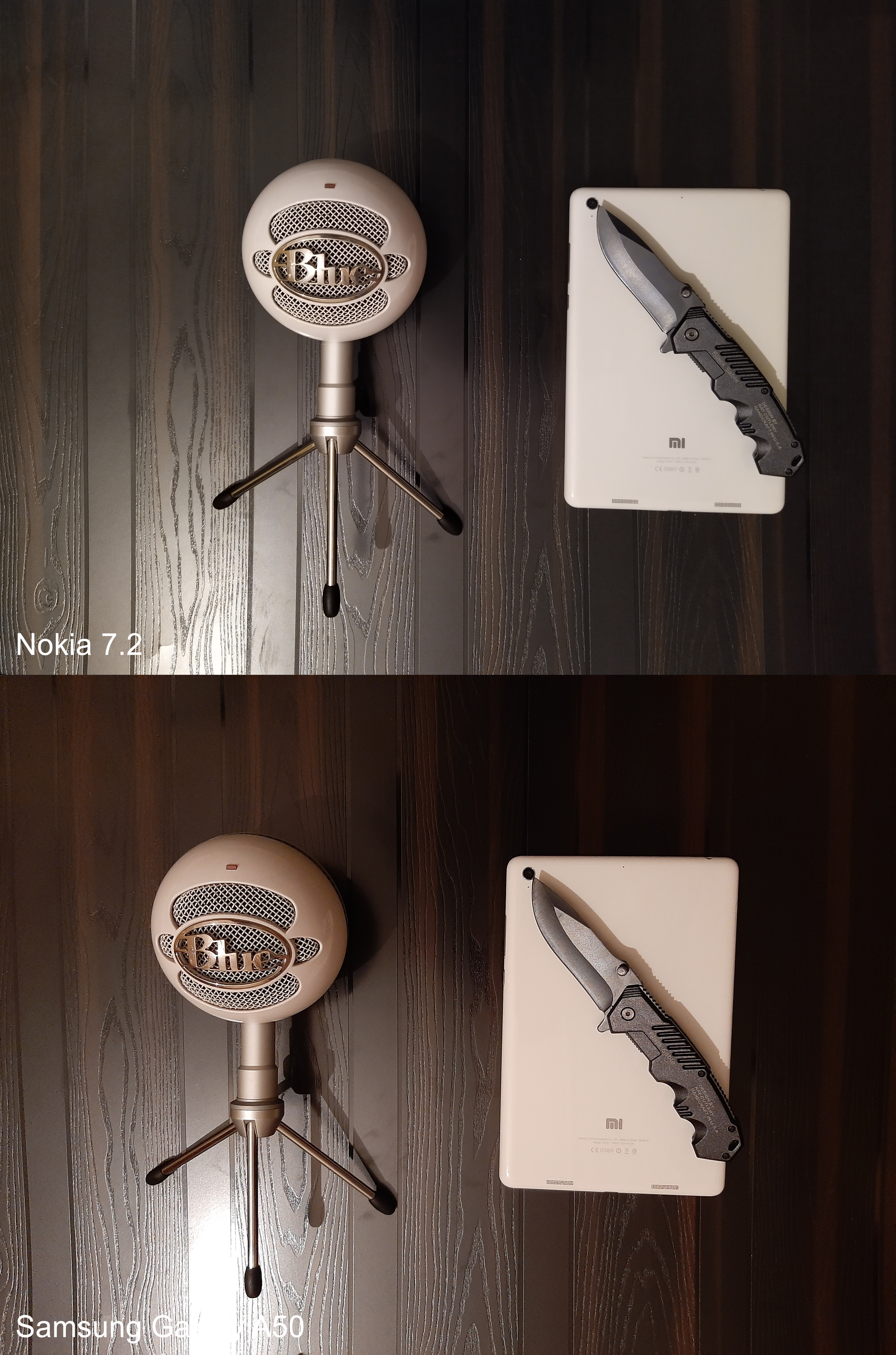 Next up is this alien shaped microphone. I do prefer the image taken by Nokia as Samsung once again made the brighter area a bit extra bright and similarly applied more darkness to the darker area. The capture of the Nokia 7.2 is more closer to the real scene.
Meanwhile, if you zoom in, the Nokia retains more details, for example the text on the knife.
Photo 4: My HMD Journey 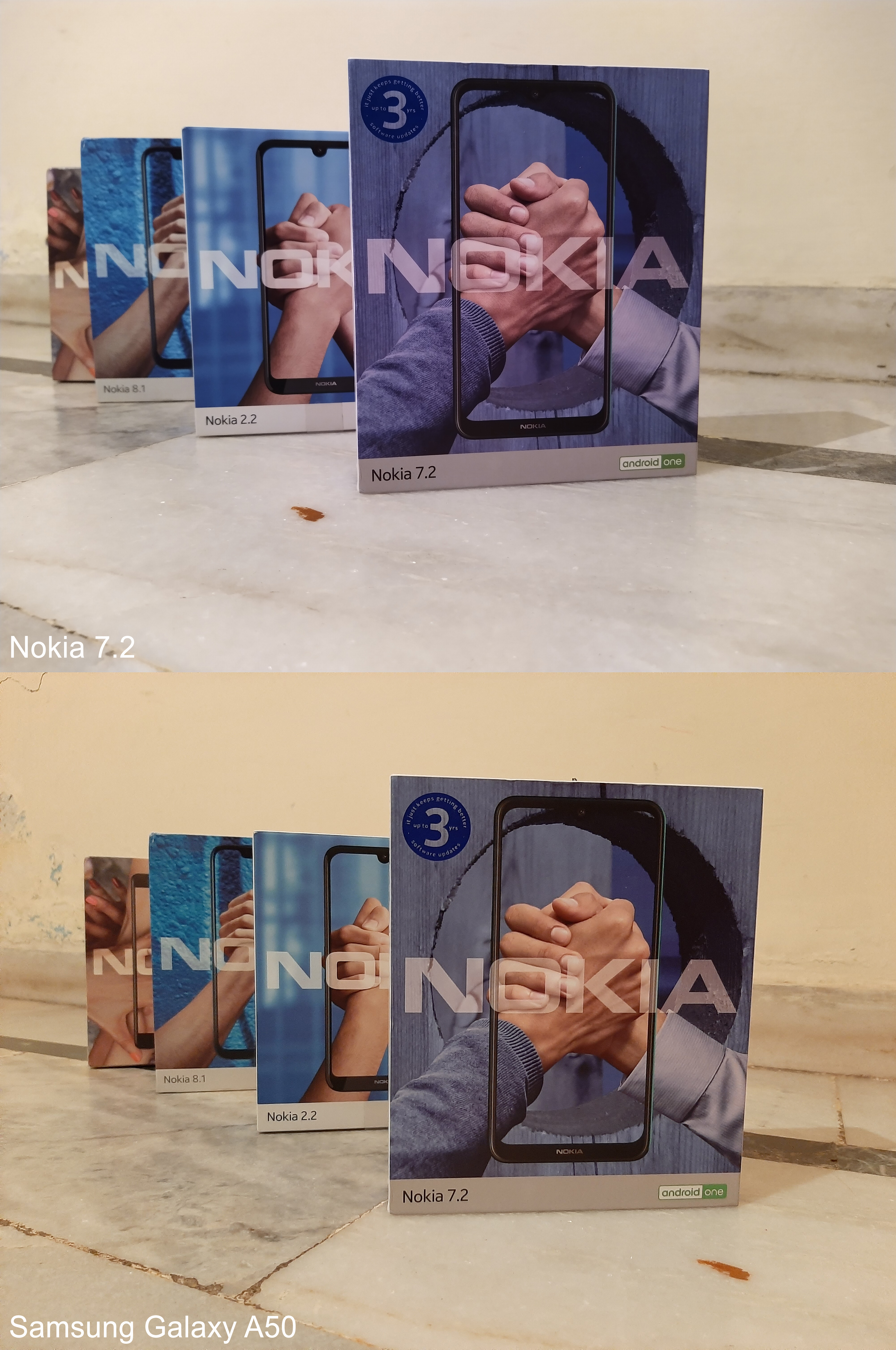 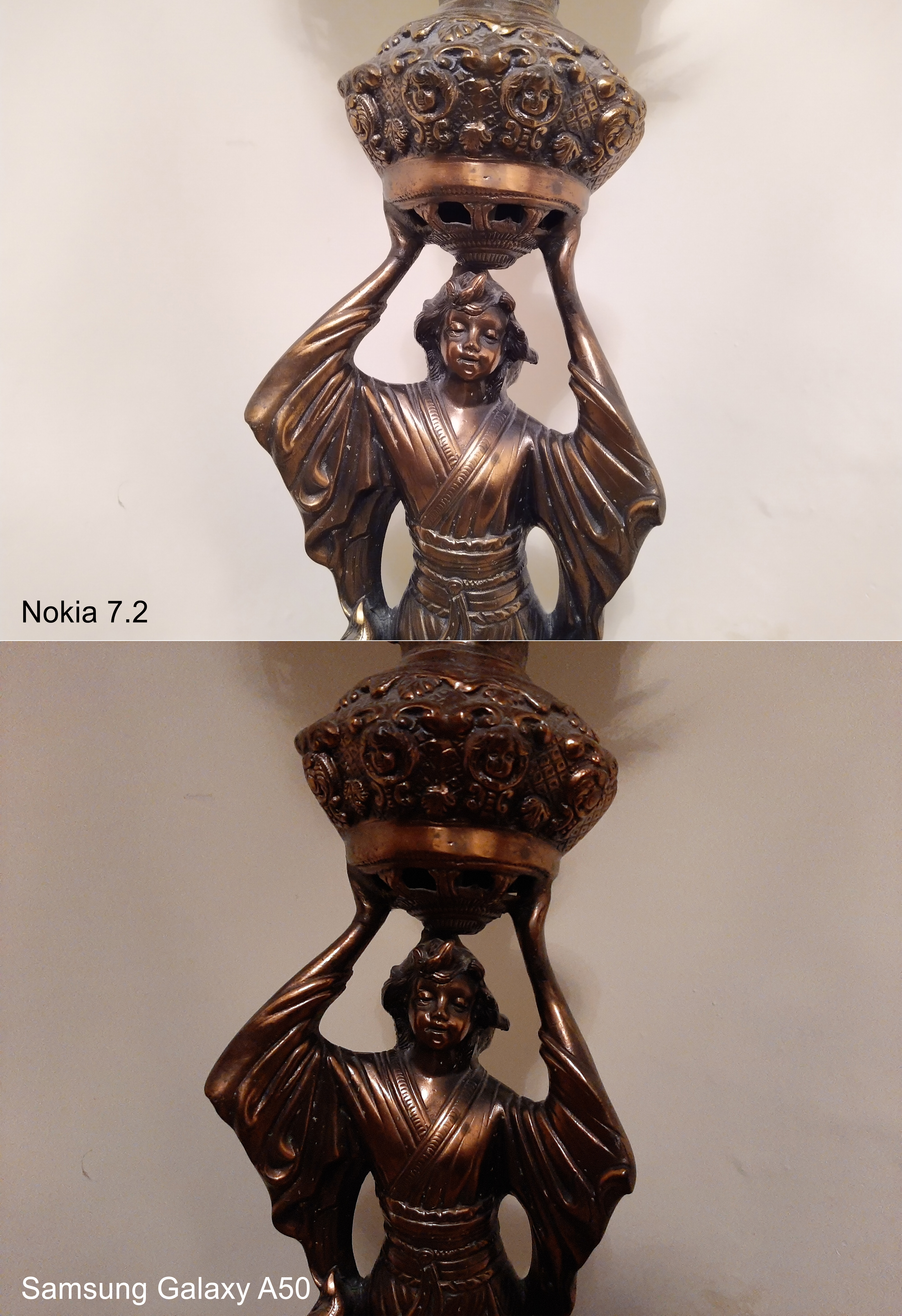 As seen before, the Nokia 7.2 once again takes more light and brings a clearer photo. The Samsung A50 once again makes the darker area too dark.
Photo 6: Peacock's feather 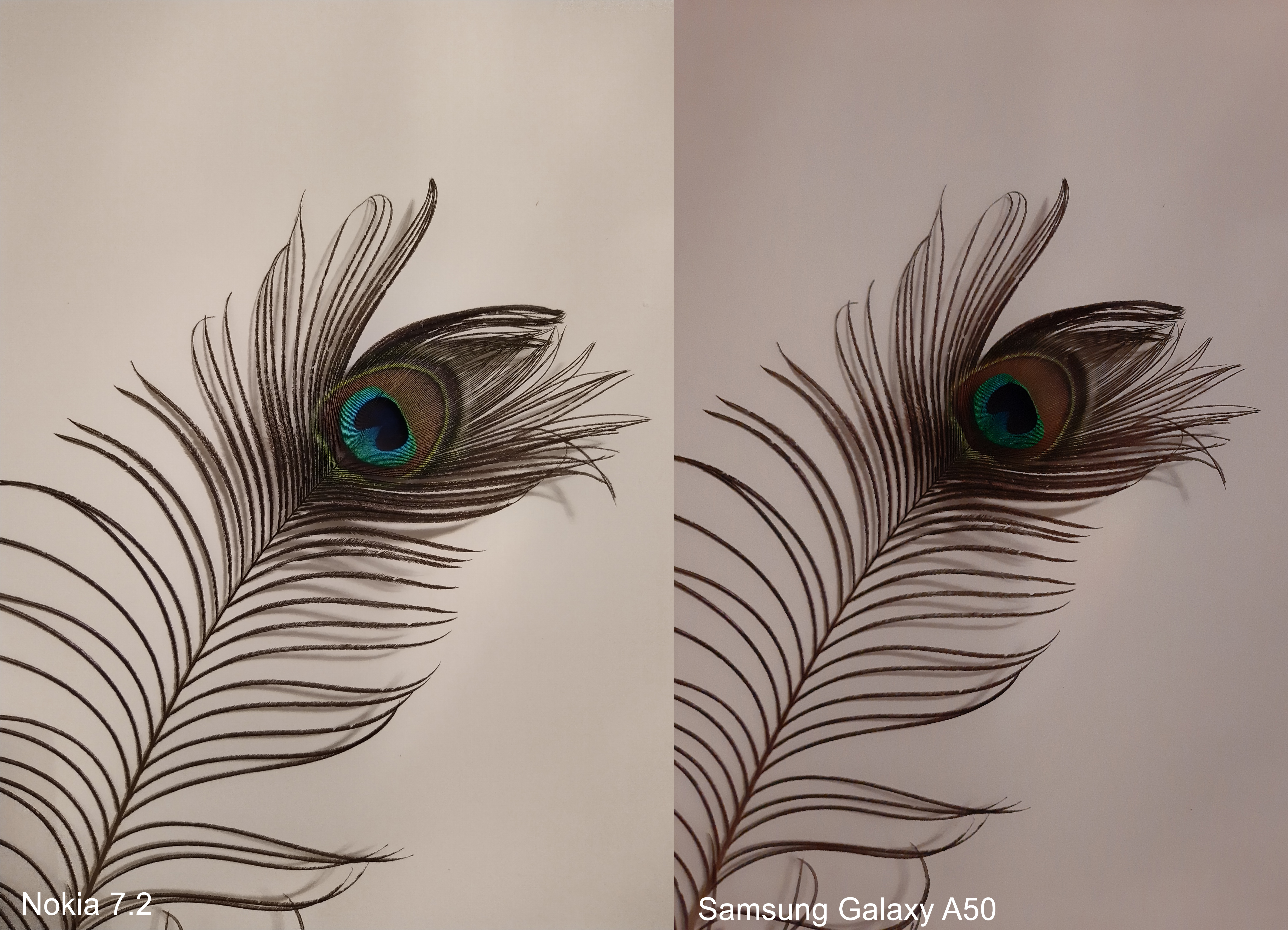 In this feather shot, the Nokia 7.2 takes a brighter, clearer and more realistic image when compared to the Samsung's. Look at the darker area - Nokia 7.2 just wins it!
What do you think of these images? I do not consider myself as somebody who is very good at talking images. Hence, my results are kinda what an average person will get from the cameras on either of the devices.
Tagged:
7