Contrary to this phone getting better with time as per HMDs tagline and contrary to the promises of fixes for users that were all greatly let down by the astonishingly subpar quality of the fingerprint scanner, camera, and widespread stability issues, this phone is actually aging worse and worse to the point where it is excruciating to use as a daily driver or for photos at all. 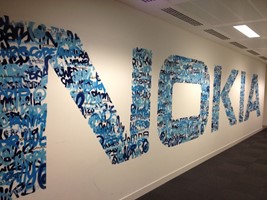 Contrary to this phone getting better with time as per HMDs tagline and contrary to the promises of fixes for users that were all greatly let down by the astonishingly subpar quality of the fingerprint scanner, camera, and widespread stability issues, this phone is actually aging worse and worse to the point where it is excruciating to use as a daily driver or for photos at all.

When the large update fix came out a long time ago that addressed the camera not working at all when the battery was in the 20s or lower and trying to improve the fingerprint scanner I saw some general stability improvements. I could for the most part take photos when the battery was 25% and lower but there would still be hangs and glitches, especially with video.

The finger print scanner never improved despite deleting data and rescanning multiple times on multiple occasions. This is after having to now put up with a broken night light which HMD has never admitted to as they tried to keep the blue light levels and screen brightness levels higher to try and help the fingerprint scanner which obviously has had no impact in the real world.

Now after successive security and other updates the experience has been going further down hill. Every single occasion I use the camera at any charge it will hang and even crash the app. I will take a photo and go to take another and the viewfinder and app freezes. Around half the instances the phone will reboot. In about a third of the instances it won't have actually saved the photo meaning I have lost moments and memories.

My phone is now around 90% storage full and it seems the phone is more unstable the more memory is taken. However, it really shouldn't be an issue with that much free storage left.

With the Android 10 update general bugs and stability are even worse! Battery life has drastically decreased. Glance screen keeps random icons for notifications despite none being there. When using the two button navigation system for gestures when on the home screen you can no longer switch through apps by dragging the disc.

Quality control with software is frankly terrible. Also experienced a large number of bugs with updates on 8.1, 7.1, 8 Sirocco, 8, and 6.

Further to this, specific bugs have never been fixed from day one. From launch my flashlight will work half the time, the other half of the time the toggle for it is greyed out and I can't select it unless I restart the phone.

Now the 9PV is honestly totally unusable. I have missed many photo and video moments. People see my phone freezing and crashing and laugh at it. It's really a sour taste in the mouth of a lifelong Nokia fan and user that has stuck through thick and thin.

No one else could feasibly use this phone and put up with it. I cannot recommend any of these phones to anyone anymore. It is embarrassing. For the first time I'm looking for alternatives ASAP.

This is because HMD has not lived up to their promise to fix issues and they consistently deliver poor experiences and bugs with updates.

Due to the camera and fingerprint scanner hardware components I think it is clear this phone is inherently flawed and that these issues can't be fixed with software.

There should be a great deal of support care for purchasers of this phone and HMD needs to excersie some honesty and show some goodwill to the fans that have bought it and suffered this!

They have tried to innovate and make a flagship experience for their fans and a halo product for their brand but it's doing the exact opposite of both those things. It is alienating fans and attracting negative press from every news and tech outlet due to it being a greatly unstable, over promised and under delivered, non competitive experience.

I have put up with it from launch in the UK and this is the first time I have commented on this as now I'm finally at breaking point. I really tried to love this thing and give HMD the benefit of the doubt for trying something new and hopefully delivering good updates! My loyalty has been the opposite of rewarded.

There aren't that many 9PV users out there (good for HMD) so I expect things should be put right for us.