AMOLED Display Vs LCD Display Mobile. Which one is better?

Hello Nokia Superfans, Today I would like to share comparison of Feature of AMOLED and LCD Display of Mobile.

AMOLED Display Vs LCD Display Mobile. Which one is better?

The Meaning of AMOLED is Active-Matrix Organic Light-Emitting Diode

AMOLED is actually a variant of the famous OLED display technology. To start with, LED stands for Light Emitting Diode and the O here adds up as Organic LED. Further, AM is an abbreviation for Active Matrix which actually helps to light up a particular pixel when needed.

As the name suggests, OLED displays generate light from individual pixels. In other words, each LED pixel when provided adequate current can light up for itself. Further, all AMOLED displays also contain a TFT (Thin Film Transistor) which makes the whole process of sending the current to the right pixel a lot smoother and quicker. Further, having an Active Matrix in place, the TFT also helps to grab the right control to operate various pixels. For example, in AMOLED displays, some pixels can be completely switched off while others are on, thus, producing deep blacks.

The Meaning of LCD is Liquid-Crystal Display

LCD displays have a dedicated backlight which is white in colour or maybe with a blue tint because white light is basically the combination of all the other colours. In most cases, we have a blue light which is then passed through a yellow phosphor filter resulting in a white light. 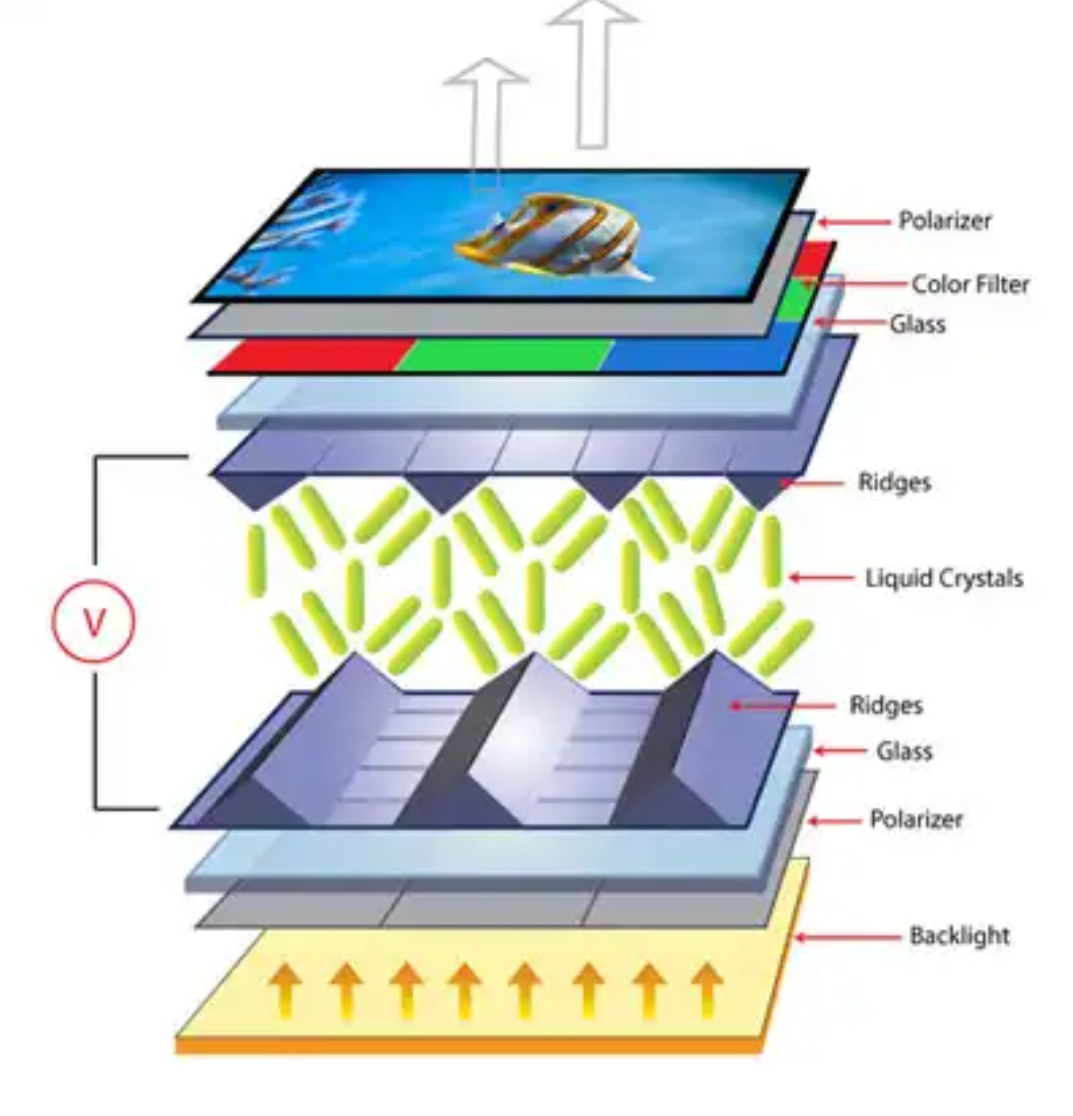 This white light is then passed through a couple of filters (first vertical than horizontal) after which the crystal elements are passed through Red, Blue and Green filters forming sub-pixels which further form pixels spread across the entire display. Also, LCD displays can have both active and passive matrix depending on the requirement and the cost involved.

The first difference which I want to highlight is the cost of both the technologies. The probability of you finding an AMOLED display on a budget smartphone is a lot less than LCD displays. This is primarily because LCD displays are cheap to manufacture and procure while AMOLED or OLED displays, in particular, involve much higher cost.

An AMOLED display, each pixel emits it own light while in an LCD, the light is sourced from a backlight. In other words, AMOLED displays put up more vibrant colours and hit high bars in saturation.

you are more likely to get amazed by looking at a picture on an AMOLED display while LCD will put a more real ‘picture’ of a picture.

Pixels on an AMOLED display can be completely shut off, so naturally, it saves more juice when you are operating on a black background as the pixels for that part of the displays will be switched off. LCD display, on the other hand, relies on a dedicated backlight which still remains switched on even if you are on a completely black screen. This is why features like Always On Display or Active Display on smartphones make a lot more sense on an AMOLED display while it will definitely affect your battery stats on an LCD display. So think twice before using the ‘Always On’ display feature on your LCD display smartphones.

Which one is better

Taking in the majority of the pros and cons for both the displays, AMOLED panels will any day outperform an LCD panel if colour and battery consumption is a concern.

Hope you loved my article. More interesting information is waiting for you. Stay tuned with us.

EDIT by Moderator: This article is originally from -Mobile India- !