Hi all, For the ’old’ hands – you probably still remember this thread from the old community, just today I realized we never launched this thread again, so therefore I’m writing to you now.

For the ’old’ hands – you probably still remember this thread from the old community, just today I realized we never launched this thread again, so therefore I’m writing to you now.

Let’s have a ‘Say hello and user introduction’ thread again. Everyone new, old, regular, part-time, etc. user is very welcome to give your fellow community friends a nice hi and if you feel like it you can also tell a bit about you 😊.

I introduced myself already in another -thread- but will do it once more.

I’m Laura (although it is only my second name 😉) – your fellow Community Manager. Originally from the southern parts of Austria but living in Finland for now almost 5 years – and my Finnish is still crap. I’m part of the HMD team for about 2 years and belong officially to the Care team, but working closely with Social Media and Marketing. I do my very best to get your feedback to the different teams and in case of any questions concerning Community/Website/Log-in issues etc. I’m your person to go to. When I’m not managing communities or sitting in the office, I love to go to hockey games (one of the reasons why I moved to Finland) or geeking out about movies and games. A new found hobby is playing the Kalimba 😅. To end my introduction I post one picture of my beloved flatmate and partner in crime: Iita. 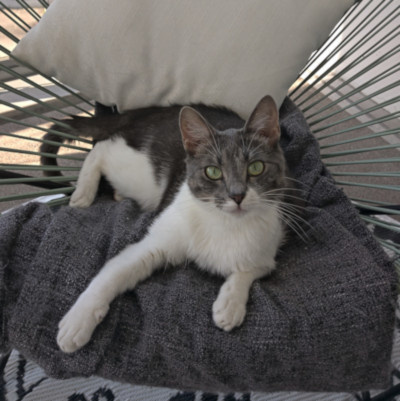 Feel free to ask in case you have more questions.

But now it is your turn. Tell us something about yourself!

P.S. I will delete every post that is not fitting to the topic. There are so many other threads 😊 please ask your phone/HMD specific questions there.