ZEISS is no longer exclusive to HMD, so is OZO

HMD started rough, with the Nokia 6 and its questionable specifications.

ZEISS is no longer exclusive to HMD, so is OZO 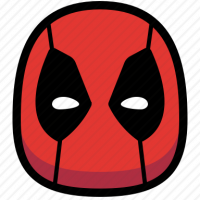 HMD started rough, with the Nokia 6 and its questionable specifications. When they launched the Nokia 8, I was hopeful that the ZEISS brand will bring the good old NOKIA charm again. Though that phone is sh*t. Now, this news about Xperia phones getting ZEISS lens too is concerning. Not only that it destroy the exclusivity of the brand to Nokia smartphones, but also for the possibilities that we may also soon find this in any random Chinese brands in the future. "Strategic collaboration expansion" as ZEISS calls it.

OZO is already found on OPPO, now ZEISS is also shared with Sony. Nothing is ever exclusive under Sarvikas's play safe management. And the fact that the lenses on this new Xperia phone is way better than anything found on HMD smartphones today talks so much about how cr*p their partnership with this traitor brand. HMD needs to counter this deal, or else, they will lose the chance to bring back that old Nokia charm. As if their current smartphones isn't already as common as everyone else.