[Moved] Where is Nokia? Why so much delay to announce phones?

As a Nokia fan we expect that Nokia should be on top and should do well in all aspects of market.

[Moved] Where is Nokia? Why so much delay to announce phones? 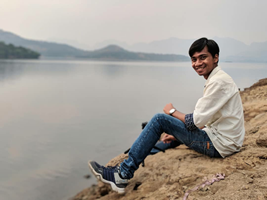 As a Nokia fan we expect that Nokia should be on top and should do well in all aspects of market. Unfortunately MWC2020 got cancelled so many brands got affected and took step back from event. Nokia always do marketing on Pure android, Finnish design, Security updates and Brand trust. It's okay, but in past year it has not did anything well. First we got little buggy android 10 updates and we are waiting from last 45 days (few waiting since 2-3 months) to get it fixed. No updates or word from company to fixing it. Even the phones which got attention of ANDROID 10 ready phones tags are still waiting for update. We will be happy if you give updates of status of issues or fixes but at least do communicate with us. Just tweet officially that by this or specific date we will get update/fix etc. Everyone thought Nokia 8.2 will be the first 5G phone in India. But what we are seeing, Realme already Launched its new phone and tagged as first ever 5G phone in india. I know there is no any 5G network yet in India as well as many parts of world but still. Also Samsung is in top gear and launching phones after phone, Galaxy Note 10 Lite, Galaxy S10 Lite, Galaxy M31, Galaxy S20 series, and more.

Why NOKIA IS MISSING? WHATS NEXT PLAN? AGAIN WHY THIS DELAY?

Other brands too got affected, but somehow, they managed to adjust their events at some other part of world and launched phones with bang. Every brand is launching their phones, creating buzz in market and we are sleeping peacefully....

And because of all this people don't look forward to buy Nokia phones. If there is no any new phones from some brand then how can people see and talk about.