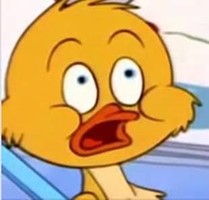 Nokia 3.1+, a device running on Android One launched in late 2018 with Android O 8.1 Out-of-the-box. In mid 2019, the device upgraded to Android Pie 9. Throughout the year, it recieved late Security Patches that Nokia promised as a monthly update.

In February 2020, SP 2020, Dated Jan 5 was delivered to the users. Skipping the March SP, users received April SP on end of April.

Now, as far Nokia Android 10 Roadmap, the device was originally set to receive Android 10 update in Q1(before April, most likely by March 24th, all devices should be upgraded), but with the outbreak of COVID-19, production, manufacturing of new phones has decreased as well as software supports for existing devices, mainly for Nokia 5.1, 7.1, 8.1 Sirocco and many more.

As from a view point of a consumer, a product is well valued when it meets user's requirements and its well-balanced in overall performance. Nokia 3.1+ with a Helio SoC isn't a great phone for Gaming, neither it is a bad phone to use it as a daily driver. With a 3500mAh battery, 6" 720*1440 Display and 3/32GB, this metal piece is more than enough for someone who's looking for a budget option and Nokia is (well, was) known as a trusted brand. But the sale-point of these devices are mostly Monthly Updates, that are only available to Google Pixel devices and a handful of Selected Android One devices. Sure, a normal user doesn't need monthly SP just to chat on WhatsApp, and do business callls. But it was a selling point.A

Although users are mad that Nokia fails to provide the A10 update as promised, there's some things we must keep in our mind.

In conclusion, I, as a user of Nokia brand, am disappointed to see that they're failing to keep up with all those promises they made. But I also support them, considering the current situation and waiting for a optimised update that doesn't hurt our current user experience.

Also, it hurts to see that Nokia 3.1+ devices have become the one device category that Nokia forgets completely.

Be sure to check out my other discussion where we try to keep a track of A10 and other updates for Nokia 3.1+

What's your opinion about late update delivery? Also, if you have any other Nokia device rather than 3.1+ and you got A10 updates, share your experiences with us.

Have a good day. Stay safe, stay inside.