Dear Nokia, I purchased nokia 6.1 plus due to my love with the name 'Nokia'. 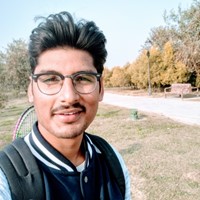 I purchased nokia 6.1 plus due to my love with the name 'Nokia'. I was resisted by a lot if my friends while buying a nokia phone but I always believed in nokia's loyality.

I happily purchased it and was enjoying using it but after 6 months I faced the harsh reality that its no more the same nokia as it used to be.

Even the most essential part 'charging port' was malfunctioned. Then I came to know that it was a problem being faced by a lot of users. I was sad to see that inspite of knowing about the problem they did nothing to sort that problem. I barely survived this phone during lockdown as it used to charge at aspecific orientation only.

I recently visited a nokia care center where they are charging 1300rs. for it. Then I decided to not pay money for this crap and will use it for 2-3 months more and then switch to other company.

I am just writing this to the management that don't falsely use the name Nokia with your crap device and fool people when you are unable to provide even the basic necessities like charging properly.

I regret my decision of buying nokia phone and will never do this in my future.