We all know and agree that Nokia asks a little more money than the competition for their devices. 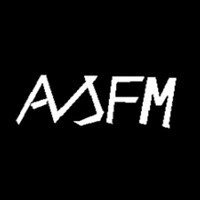 We all know and agree that Nokia asks a little more money than the competition for their devices. And we all spent that extra money on Nokia, expecting that we'll get a quality device with no major problems. But that's not happening here with the Nokia 7.2.

Lots of Nokia 7.2 are facing the issue of Image Persistence (where the shadow of the previous app/screen are appearing over other apps/screen) and as per my experience, this issue is not getting solved by repairing or replacing the device from the service center. This issue gets worse as the time passes. Even exposure of a fixed content on screen for 5 to 10 minutes is resulting in "ghost image". This is also resulting in little screen bleeding on the edges of the display. And all this as I said, is getting worse as the time passes.

Repairing the device or replacing it, is not the solution as per my experience and thus I demand for an effective solution which in my opinion is to replace the device with other Nokia device.

Tap the agree button if you agree with me and share your experience about the Image Persistence/Ghost screen issue with the Nokia 7.2