Let's talk about several elephants in the room. Even for 3.18 kernel : 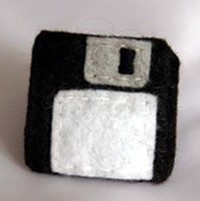 Let's talk about several elephants in the room.

Newer Android kernels than 3.18.119 are existing, as this one lacks 21 kernel updates, all of those updates are security/bug related.

Even if 3.18 is scary old and officially reached End Of Life long time ago, and it's frustrating to be tied to such old kernels, someone is working hard to get security patches backported into 3.18 kernels anyway, so that millions of devices can be kept secured. But Nokia is not even using them. See his comment here (gregkh) :

Google security patches for Android : there is a problem, here, too.

It's easy to see on which date Google is making those security patches available. Sometimes, after more than 20 days, we receive the update... of the previous month! As so, we are having an "always out of date device" even when it receives updates, as they are already outdated before being released to our devices...

Today is a great day : Waiting Android 10 for so long that Android 11 has been released by Google before having our Nokia phones updated from Android 9. The failure is now absolute, turning Nokia promises into a complete deception.

We'll receive Android 10 someday and yell "yeah, I just changed to another outdated Android version! What a great day"...

What will be done in the future to avoid that? Hopefully I believe it's not a deliberate will to scam users, but Nokia / HMD, do you have plans to do things differently in the future? Because nobody knows the Nokia/HMD point of view about this situation. My guess is that HMD is a business, and for being already paid, the priority is about selling more new phones, more than about turning commercial promises into a reality for users of previous models.