Last July, I put my banana phone to cold storage (because my son hand-me-down his old iP SE) but a few days ago, this clip caught my interest (https://www.youtube.com/watch?v=_UPk3mpcDP4). 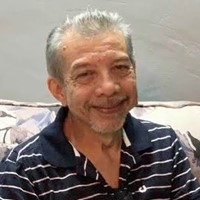 Last July, I put my banana phone to cold storage (because my son hand-me-down his old iP SE) but a few days ago, this clip caught my interest (https://www.youtube.com/watch?v=_UPk3mpcDP4). It was an eye opener to the real actions behind the scene which KaiOS Tech was reluctant to highlight in my queries. So now, I know there is possibility of the banana phone being bank website compatible along with my favourite request that the printscreen feature be made possible. I hope Mozilla and KaiosTech start cracking rather than just smoke the peace pipe since last March. I "heard" they are now testing the alpha version of the upgrade OS but as we all know after alpha comes beta etc. etc. I was kind of sad to know KaiOS Tech have not even made any announcement about its progress eventhough there may be hiccups here and there which is understandable.

Well, I most certainly will not think of being buying a new battery replacement and make it function as a backup phone or at least until OS Ver 3.0 is out because for some strange reason yesterday (Down Memory Lane) my Nokia, even after 2 factory resets (the power button way) it seem to have lost key Google apps and even WhatsApp is neither in the Store although the OS is Ver 2.5.1. Mine needs a new case after the inner navigator button chipped its lower portion and certain keypads namely the regular uses i.e. "4" and RETURN buttons became sticky.

I am still passionate about the Nokia 8110 4G, love to bring it along jogging because of its size but we shall see what this Mozilla-KaiOS partnership can bring in the future.