My Nokia has become even closer to a brick after the Android 11 update. Let me go over some of the reasons why: 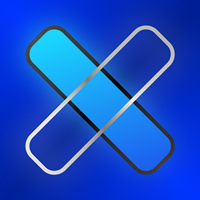 My Nokia has become even closer to a brick after the Android 11 update. Let me go over some of the reasons why:

First, apps that are crashing and won't work (reported by multiple users, mainly happens with apps located on the SD card):

Second, Wi-Fi disconnecting/not auto-connecting to the Wi-Fi: I've been unable to really catch this in action because I mainly don't use the phone at home as it is just a secondary phone for me. But simply put, sometimes I pick up the phone, whether I've just come home, or been home for the whole day, I see the phone is just chilling on 4G, and not on my home Wi-Fi. I recently just reset the network settings, so unless I've edited this post with the addition that the issue is gone, then it's still probably an issue.

Third, home screen wallpaper keeps reverting to the default one after every. single. reboot.

And fourth, an old issue since Android 10 update on other Nokia phones too: Networking speeds being really slow. On my home Wi-Fi, I get around 20 MBPS on the Nokia, while being right next to the router (other devices get 100-120 MBPS). As for the 4G/LTE, the device gets most of the time around 30 MBPS. If I hook the phone up to a computer via USB and use it as a hotspot, I can get as much as 50 if I don't use the phone (max speed according to the spec sheet, 150 MBPS and the network availability in my area is around the same on other phones).

Perhaps that slow speed is caused by processor overhead? I know it kinda sounds stupid but considering if the phone is not being used, I get better speeds, it does kinda make sense. But then again it could just be that Nokia's dev team has used some buggy drivers for the networking.

What do you guys think? Do you have some other issues with Android 11? Comment down below

Hopefully, these issues will be addressed before Nokia decides to pull the plug on updates for these devices...