Thanks to Nokia for the Android 11, although it isn't so perfect (I miss the 3-rolls pull-down control panel & the power key screenshot, it will takes time to get used), but Nokia also make the Adoptable Storage working well, unofficially. 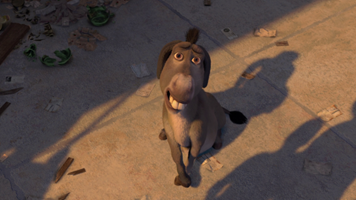 Thanks to Nokia for the Android 11, although it isn't so perfect (I miss the 3-rolls pull-down control panel & the power key screenshot, it will takes time to get used), but Nokia also make the Adoptable Storage working well, unofficially.

There is no any option on 5.3 from Android 10 to 11 for the SD card, to format as "internal storage", so ADB shell is always necessary.

Same step as Android 10 to format SD card as internal storage via adb shell command (keep in mind, it will wipe out the whole SD card). 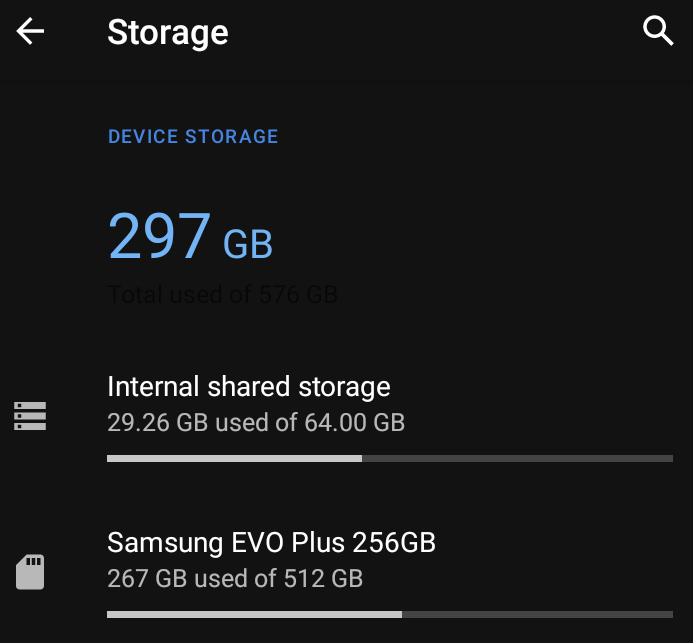 and the whole SD card will be exclusive internal storage for the Nokia 5.3.

The card I use on Nokia 5.3 is Samsung EVO Plus U3 256GB. Don't know why Nokia 5.3 always detects its size as doubled, 512GB, after formatted as adoptable storage. But there is no such error on Sandisk Extreme Pro 32GB.

There's no way to move data directly after format SD card as internal sotrage, since there is no UI to do that like other Android devices with officially supported.

But Nokia still keep the other option, to migrate data from internal shared storage to SD card as adoptable storage.

(I took the shot after data was migrated, so I "edit" the menu, to "recover" the option.) 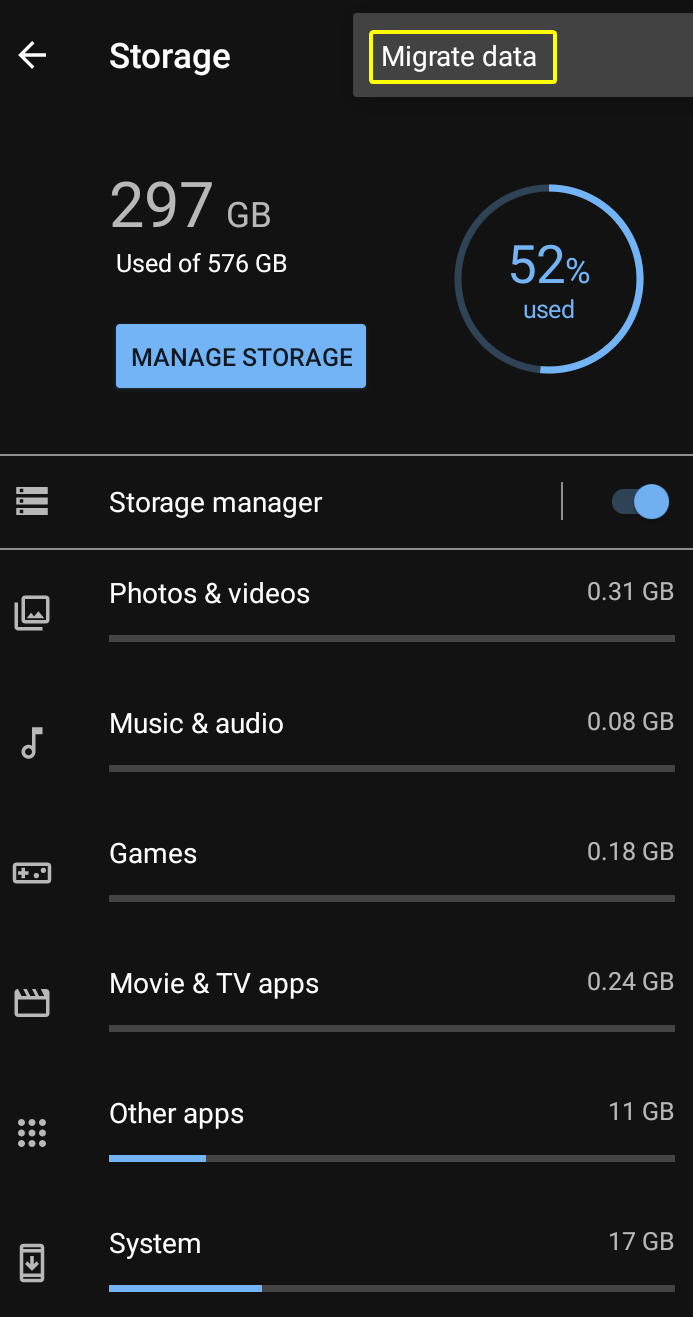 If necessary, the migrated data can be moved back to phone storage later. 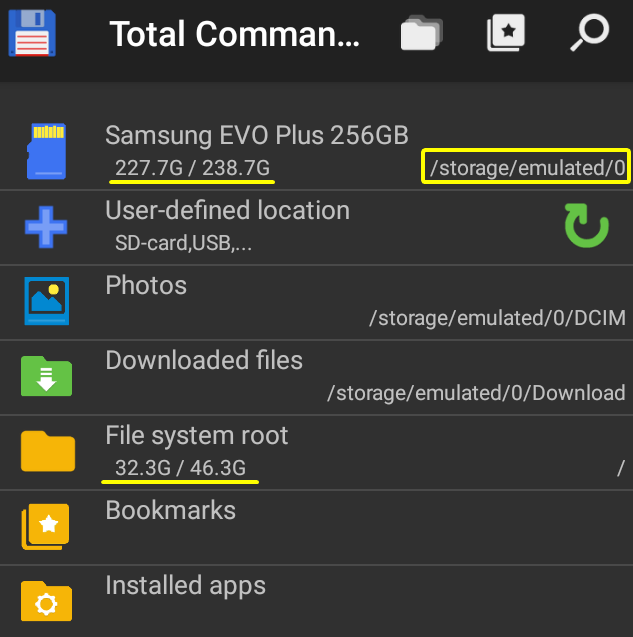 How storages look like in Total Commander, after all steps has been done.

Some power users claim that since SD card isn't not so reliable & fast like phone storage, it mightn't good idea to move everything to SD card, so why not keep apps in the phone storage & move their external data to SD card? External data by apps might be lost by the defected cards, but the phone & apps would still keep working. Nice balance.

There is an option inside Developer options, "Force allow apps on external", to move those apps only be installed on device storage to the SD card. Personally I avoid to enable this option, it caused some trouble during installation of the monthly Google updates on Android 10. Maybe it's fixed on Android 11, but I save most phone storage for apps, still keep it disabled.

Last, the benchmark by A1 SD Bench for both phone storage & Samsung EVO Plus SD card on my Nokia 5.3. 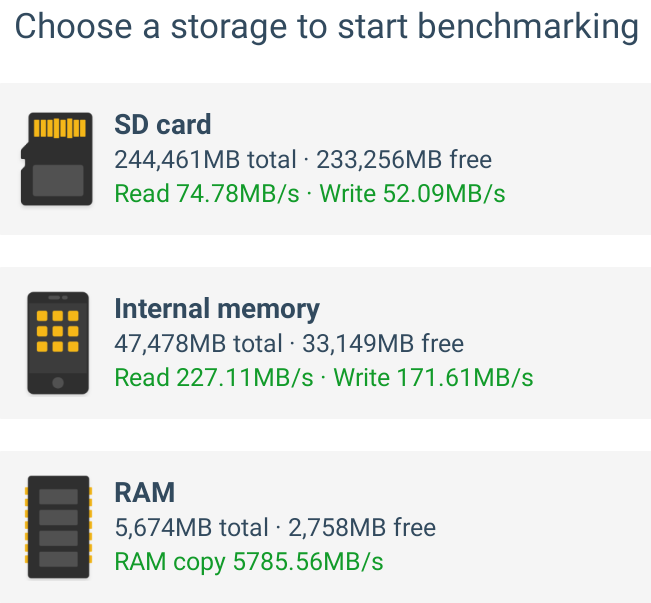 A1 SD bench installed & run in the device storage, both storages treated as separated. 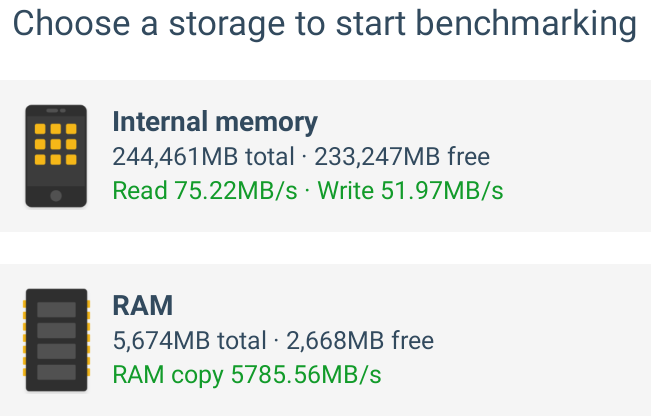 Move A1 SD bench to the adoptable storage (SD card), recognize it as internal.

I might try to test their IOPS later. This Samsung card is not very brilliant performance comparing to phone storage, even it's U3. Maybe the reader on 5.3 is the bottleneck (On W10 PC with decent reader, its speed over R90/W80, a little bit faster), but I have larger phone storage for more apps now, with the averaged performance.