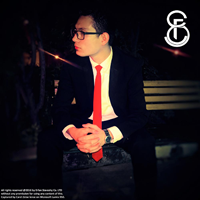 However, I just bought the maximum configuration of Nokia 5.3 that features 6GB of RAM and 64GB for Internal Storage.

According to my previous experience with my Nokia 7.1 I just bought a 64GB MicroSD card too for my Nokia 5.3.

But now when I want to get rid of gigantic 8GB PUBG Mobile by "Move it to SD", this junk phone (Nokia 5.3) doesn't let me to do it by any means. And here is a screenshot with-in the same menu but from my Nokia 5.3 :

I've even tried to turn on the " Force allow apps on external " via the Developer Options as you can see below :

But with no luck, and fundamentally the " Format as Internal " option is totally gone as you can see below:

Even though that when you choose " Format " it says this pop-up :

" This SD car needs to be formatted to store APPS, files, and media"

But formatting it won't let you use it to " MOVE APPS " specially.

Just someone from HMD come here and tell my the exact reason why you disable such a good feature like this???

And then tell me what can I do with this gigantic 8GB PUBG Mobile to " Move it to SD " or any other apps on my Nokia 5.3 ?

At least let people know about lack of these features before they buy your junk phones...