Hi everyone, I know that the latest hype regarding OS updates goes to the upcoming Android Pie 9.0 version. 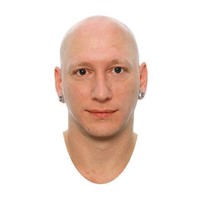 I know that the latest hype regarding OS updates goes to the upcoming Android Pie 9.0 version. However, and since that may take some time to reach all users and models, I am still waiting for the Android Oreo 8.1.0 update for my Nokia 3 (TA-1032) since my device is still on Android Oreo 8.0.0. Unless I have missed something here hahaha.


I bought the Nokia 3  as my first new Nokia Smartphone (before that I used Nokia [not Microsoft] Lumia's), if I look at my other Nokia smartphones, the Nokia 3 is the only ne which haven't gotten upgraded to Android 8.1.0 yet.

Speaking of the Nokia 2 Android Oreo 8.1.0 Beta version, I think that Nokia should opt for a Go Edition instead, because the specifications of the Nokia 2 (ROM and RAM) are in my opinion not suitable for full versions and heavy weight versions of Android. I have given the Beta a try on my Nokia 2, but it slows down the phone immensely.

So, I hope know might wanna look into that more and change to Go Edition for the Nokia 2