Do any 1 have any new apk of GCam which fix front camera MP issue? For Nokia 8.1 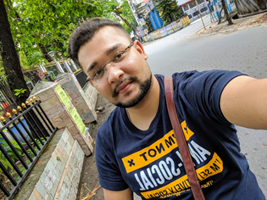