Make own UI for Nokia phones

Hi. I'm a Nokia fan rather than being an Android user.

Make own UI for Nokia phones 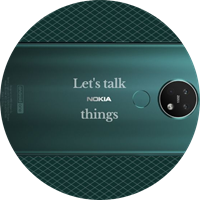 Hi. I'm a Nokia fan rather than being an Android user. While HMD claiming that maximum number of people like to have a stock Android UI on their phones, there are bunch of people who want a customized UX which may increase the beauty of their phones. I'm one of those people. Why I'm saying this here is, Stock Android is becoming very poor day to day. It lacks lot of basic features. Also, it makes us fools by introducing an age-old small features to a major OS update. So, please make a customized skin for Nokia phones. Forget that Android One program (no one like that other than some phone reviewers who not even use one phone for a month and simply saying stock Android is good).