So today, most of you would have been receiving the May security patch update (alone). 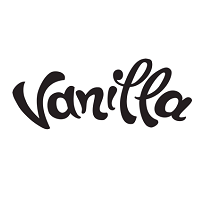 System
✭✭✭  /  May 2018 edited May 2018
So today, most of you would have been receiving the May security patch update (alone). A few would feel disappointed to not find the Pro camera update along with the security patch today. In order to reduce the chaos, our CPO, Mr. Juho Sarvikas has replied to a query by a user on Twitter. According to the reply, they're working on it for months and the entire Imaging framework needs to be overhauled in order to bring the pro mode with existing features such as the live bokeh. This is because, ulike other Nokia phones with Pro cam (Like the Nokia 7plus / 8 Sirocco) the Nokia 8 comes with a dual camera setup of a regular sensor coupled along with a MONOCHROME sensor. Currently, the Nokia 8 is the only device with such a setup hence, the whole imaging framework needs to be redesigned accordingly.
Juho also assured that it looks good now and will update shortly. Hence, the update will be carried out as a separate one in the near future. So, please be a little more patient for a while. Coming soon..
https://twitter.com/sarvikas/status/996708898269642753?s=19
0