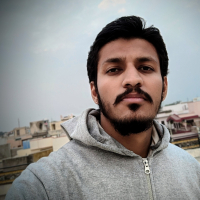 I am having Nokia 7 Plus and Nokia 9 PureView.

Since the day I had upgraded them to Android 10, I am experiencing weird and random Wifi drops.

On both of my devices, for example, while chatting on Whatsapp or Instagram, randomly, messages are not sent even when wifi is connected. They are sent suddenly after 3-4 minutes. And same for incoming messages too, which are not received during these 3-4 minutes. Any continuous conversation gets disrupted by this whole thing.

On Whatsapp, the clock icon which appears under the sent message when there is no connectivity, appears. And on Instagram, the right-pointing arrow appears on the sent messages, which says "Sending"....

Both these things happen even when Wifi is connected, with no Cross-Mark on the icon which signifies no connectivity.

Also, on my Nokia 7 Plus, the wifi automatically gets randomly disconnected and I do not see my house wifi in the list of available network. I had to search again to find and then connect.

I had checked this on my other Samsung phone, and there is no such issue on it, which makes it clear that the bug is for Nokia devices only, that too for A10, as I never experienced in on A9. Also, I just played the Among Us game, and I was repeatedly leaving the game with an error related to connectivity.

Is there any permanent solution to it, except getting rid of the phone?

I am fed up with these stupid bugs. And have left any hope from Nokia-HMD regarding improvements in end-user experience. Also, at this point of time, I can't afford to buy a new phone, so have to live with these 2 phones only at least for next 1 year.