All issues and bugs of nokia 7.2

Dear Nokia, I have purchased a brand new Nokia 7.2 in November 2019 in India. For one month the phone performed very well. But there was a MR update i.e.

All issues and bugs of nokia 7.2 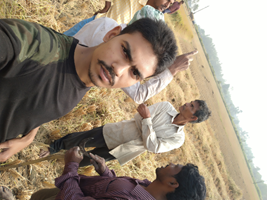 I have purchased a brand new Nokia 7.2 in November 2019 in India. For one month the phone performed very well. But there was a MR update i.e. maintenance release update in December 2019. Since then phone is having lots of issues and bugs. I waited a lot that they may be fixed after several updates or after Android 10 update but then also these issues were not resolved. I have already formatted the phone i.e. factory reset after Android 10 update. I am using dual sim 6 GB RAM variant phone and a Brand new 64 GB SanDisk Memory Card. The issues I am facing are as follows:

1. When I press the power button for screen unlocking the lockscreen lag is there i.e. for seconds there is black screen afterwards lockscreen appears. (Major issue)

4. When I drag notification panel it lags randomly. If I switch off the mobile data, this issue resolves sometimes. (Major issue)

5. If in camera settings photos are selected to save on memory card. They don't save on memory card instead they get saved on phone memory itself. Also, if in camera settings memory card or sd card is selected as storage option, then the thumbnail in camera app to open photos directly doesn't work and the thumbnail of recent photo captured in that circular box disappeares. Although all necessary permissions of storage have already been given. (Major issue)

6. Mostly there is a screen retention (screen burn in issue) problem if some app is being used continuously for 15 minutes. It's shadow shows behind each and everything on screen for about an hour. (Major issue)

7. Media library scanning does not work properly due to which phone is unable to detect some new downloaded songs and new images. (Major issue)

Things which I have already done:

6. Tried clearing cache and storage of apps in which I had problems. Infact cleared storage of Media Storage also.

These problems are getting worser day by day. I have already complained in Nokia India previously but they were unable to resolve my problems. This is the first Android One phone which is having so much problems. These issues are already being discussed on your Nokia Community, many of them are facing these issues. Kindly provide a update for all these problems because as far as I know these are software development problems. Forward this mail to your Nokia Software Development Team. Kindly, give some suggestions which can help me out with these issues but please note that give only those suggestions which are different from my mentioned ones.

Nokia please do something as fast as possible or else I have to reach CONSUMER FORUM for case on Nokia.

Please don't suggest to visit Nokia Care just for my time waste and lame excuses. Give some solid solutions or change my phone as early as possible. I have already suffered a lot with this phone. Nokia don't dare to remove the post from Nokia Community