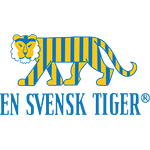 thelostswede ✭✭
December 2018 in Anything goes
Maybe this should rather be addressed to HMD, since HMD is the brand owner of Nokia when it comes to phones, but seriously, what are you lot doing?
You've made a lot of promises and clearly something is going on internally, as all of a sudden, your promises are no longer delivered on.
I think most of your current customers bought their devices based simply on the fact that you promised regular software updates, but it seems that as a company, you're no longer able to deliver on that.
I guess I've been fairly fortunate as a Nokia 8 owner, as I have been getting regular software updates and apart from the fact that the speaker phone no longer works, I haven't had any of the issues that many are reporting here in the forums.
However, this post wasn't about hardware, but about broken promises. Don't go out and publicly announce new software releases when you know it's going to be impossible to meet those dates. What you absolutely don't do when that software release date is passed, is release a barely working beta release that is feature incomplete, lacks promised new features and again seems to work very poorly for a lot of your customers.
Yes, it's been a while since we spent money on new HMD hardware, but it doesn't mean you should break a promise you made when we spent our hard earned money on the device of our choosing, as we based our purchase on that promise.
We're not asking for infinite software support, but we expect to get what was promised.
Breaking a promise is a bit like breaking a contract and as you're likely to find out, your current customers are likely to look elsewhere for their next device.
Yes, I got my Nokia 8 based partly on nostalgia for the name, partially due to the people behind the company, since many are long-time industry names that delivered good hardware for a fair price. However, the main reason I bought your hardware was based on the promise of regular software updates. In all fairness, you have (mostly) delivered up until now for the Nokia 8, but apparently less so for some other devices. (Still waiting for that camera software update that came and then went.)
I fully understand that it gets exponentially harder to deliver software in a timely manner as you grow your product portfolio, but I'm sorry to say that, that isn't my problem, nor any of your customers problem, that is your problem.
It seemed that HMD/Nokia was a breath of fresh air that promised to deliver something that so many Android device owners had been hoping to get from their device maker, but alas, it seems it was too good to be true.
It's really sad that things deteriorated so quickly, but it seems that HMD over promised in the end and clearly is lacking the resources to deliver what was promised.
Please get back on track and keep your customers happy, as it's the most surefire way you have to get return business. The way you've handled things is making people stop recommending your devices to family and friends, as well as making your existing customers look elsewhere for their next device, be it now, in six months or in two years time.
8