Greetings Folks and Nokia, First of all Hello Everyone and Congratulations Nokia on having a community again some of you guys may remember Forum Nokia from… 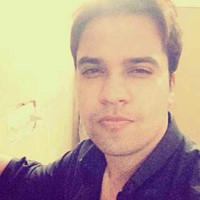 First a little info about Me with Nokia ,My first phone was Nokia 3360 and My first Smartphone was 3650 one of the first Symbian S60 phones I also had 7650 for a little time followed by it I have used almost every great Nokia phone even the MeeGO N9

So back on Topic

I have been following recent Nokia line up in Android world

So far Nokia has been playing Catch up

Well its not bad for stepping back up in competition.The smartphone world and market has changed for sure but there are certain key points still to be followed


I know its asking to much Good Display,Better Battery ,Great Camera and Performance but its its not impossible, just go with a simpler design where consumer can't complain about little things like fingerprint position or camera position phones have been around so long that its not that hard to place most of components where they are supposed to me
Tagged:
1